Soldiers Kidnap Five Palestinians In Bethlehem, One In Nablus 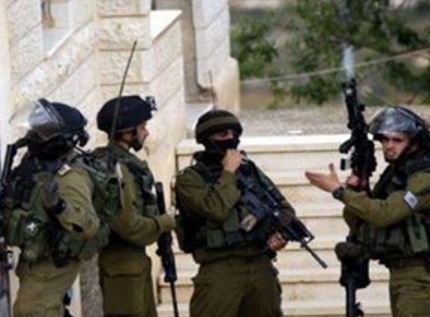 The soldiers also invaded al-Minya village, east of Bethlehem, and kidnapped a Local Council member, identified as Jamal Hussein Tarwa in addition to Bilal Tarwa, and took them to an unknown destination.

Head of the al-Minya Local Council Zayed Kawazba said the soldiers invaded and ransacked many homes, and interrogated several Palestinians before kidnapping the two.

The violent searches caused excessive damage to properties of the invaded homes. The soldiers also desecrated, and dug, a grave in the local graveyard, and searched the area.

In Nablus, in the northern part of the West Bank, the army kidnapped a Palestinian author, identified as Amer Sa’ad al-Masri, 31, from his home in the Old Askar refugee camp, east of the city, after searching and ransacking his home.

The soldiers also invaded Al-Qasaba Museum, in Thafer al-Masri School, in the Old City of Nablus, and searched it using a robot.

The soldiers also kidnapped six Palestinians, including two teenagers, in different parts of the southern West Bank district of Hebron.

Also on Wednesday at dawn, the soldiers invaded various communities in the northern West Bank district of Jenin, and kidnapped one Palestinian.