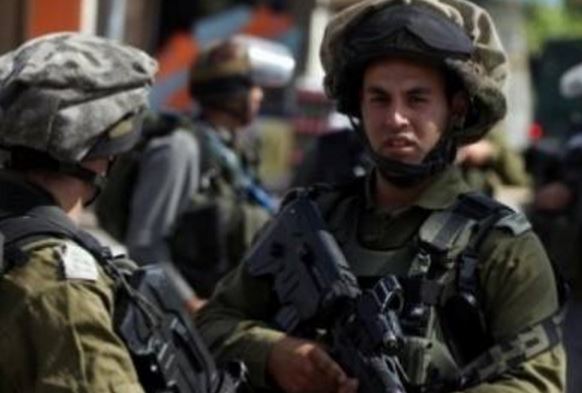 Israeli soldiers kidnapped, on Wednesday at dawn, six Palestinians, including two teenagers, in different parts of the southern West Bank district of Hebron.The army surrounded various towns in the district, and invaded them before storming and searching many homes, and interrogated several Palestinians.

The soldiers installed a military roadblock, at the main entrance of the al-Fawwar refugee camp, south of Hebron, and kidnapped Jamal Hussein at-Tarda, 55, and Jalal Kamal Tarda, 30, from their homes in Sa’ir town, east of the city.

Another Palestinian, identified as Ali Ahmad al-Heeh, 25, northwest of Hebron, was also kidnapped after the soldiers invaded and searched his home.

In addition, the soldiers invaded Beit Ummar town, north of Hebron, searched homes and kidnapped a schoolteacher identified as Omar Ahmad Awad, 31, after confiscating his laptop.

Also on Wednesday at dawn, the soldiers invaded various communities in the northern West Bank district of Jenin, and kidnapped one Palestinian.