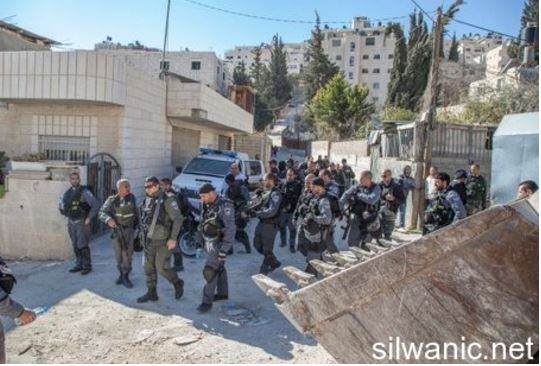 Israeli soldiers have kidnapped, Thursday, three Palestinians, including a young woman, and also kidnapped a former political prisoner near Bethlehem. Clashes take place near in occupied Jerusalem.The Palestinian News & Info Agency, WAFA, has reported that the soldiers kidnapped Dhoha Hasan al-Baw, 18, from Halhoul town, near Hebron, while she was in Jaffa city.

It added that the family of a young woman informed the Palestinian Authority that she went missing three days ago.

Dhoha is the sister of Hasan Jihad al-Baw, 22, from Halhoul town, a law student of the Al-Quds University, who was killed by Israeli army fire, after a soldier shot him in the heart, on November 14, 2015.

In addition, the soldiers kidnapped Mohammad Ahmad al-Fakhouri, after chasing him while riding his motorcycle, in Hebron, and took him to an unknown destination.

In related news, Israeli soldiers clashed with dozens of Palestinian youths in the Schools Street, in Jabal al-Mokabber neighborhood, southeast of occupied Jerusalem.

The soldiers fired many gas bombs and concussion grenades at the youngsters, who hurled stones on the invading army vehicles, and on Armon Hanetziv illegal colony, built on Palestinian lands.

In Abu Dis town, southeast of Jerusalem, clashes took place between Israeli soldiers and dozens of local youths, after the soldiers invaded the town to conduct arrests.

Most of the clashes were focused in near the Al-Quds University after the soldiers invaded students’ dorms and searched them.

On Wednesday at night, the soldiers kidnapped a former political prisoner, identified as Mahmoud Aziz Rimawi, 34, after stopping him on the Container roadblock, north of Bethlehem.

The kidnapped Palestinian is from Beit Rima town, northwest of Ramallah; he previously spent more than five years in Israeli prisons and detention centers.