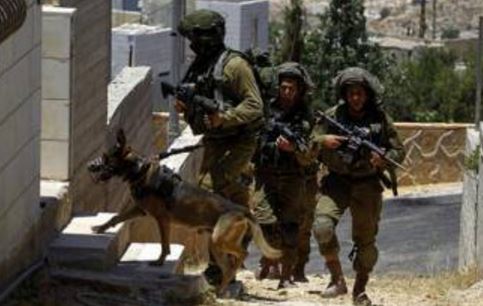 Israeli soldiers have kidnapped, overnight and at dawn Thursday, at least 27 Palestinians, including children, in different parts of the occupied West Bank, including Jerusalem.The Palestinian Prisoners Society (PPS) has reported that the soldiers kidnapped three children in Sheikh Jarrah neighborhood, in occupied Jerusalem.

Dhoha is the sister of Hasan Jihad al-Baw, 22, from Halhoul town, a law student of the Al-Quds University, who was killed by Israeli army fire, after a soldier shot him in the heart, on November 14, 2015.

Furthermore, the soldiers invaded Aqbat Jabr refugee camp, in Jericho, and kidnapped Ahmad Khalil Ibrahim, 26, while residents Taha Hussein Oleymi, from Tulkarem, was kidnapped on the al-Karama border terminal, while traveling back home from Jordan.