Large-scale Military Exercise to be Held by US, Israel 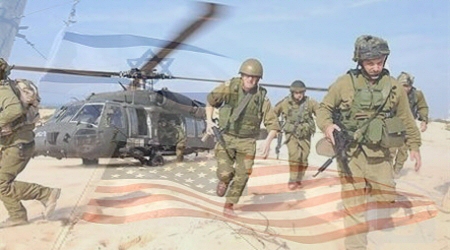 Israel and the US are to hold a joint military exercise, later in February, with the focus on training in ballistic missile warfare, the Israeli military says.Dubbed Juniper Cobra, the war games are also aimed at improving cooperation between the two militaries, the Times of Israel online newspaper reported on Saturday.

The drill, staged every two years, is said to be in the works since 2014, when thousands of soldiers from both armies took part in a five-day event that included simulations of a missile attack.
“This exercise is designed to improve cooperation and coordination between militaries,” the Israeli military said in a statement, adding that it is to be staged “in the context of a long-standing strategic partnership.”

The development comes as reports say, according to World Bulletin/Al Ray, that Israeli officials have asked Washington to increase its annual military assistance by 60 percent to an average of USD 5 billion a year over the 2018-2028 period.

Under the existing agreement that was signed in 2007 and expires in 2017, annual military aid to Israel grew to more than USD 3 billion a year. That deal was negotiated during the administration of the previous US president, George W. Bush.

US President Barack Obama had reportedly agreed in principle with Israeli Prime Minister Benjamin Netanyahu in one meeting to increase the aid package to between USD 4.2 billion and USD 4.5 billion.
The money is separate from the nearly USD 500 million in annual US funding for Israel’s missile system programs, in recent years. It is also on top of the US war-fighting material held in Israel, which is valued at USD 1.2 billion.

US military assistance to Israel has amounted to USD 124.3 billion since it began in 1962, according to a recent congressional report.

Washington serves Israel’s interests due to the influence of the powerful Israeli lobby in the United States. The pro-Israel pressure groups actively work to steer US foreign policy in favor of Israel.