Jerusalem: Homes of Accused Stone Throwers to be ‘Closed and Confiscated’ 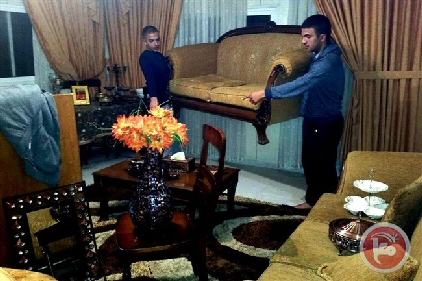 Israeli authorities on Sunday gave a notice of ‘closure and confiscation’ on the family homes of four Palestinian teens, aged 16-19, accused of causing an Israeli driver’s death by throwing stones at his car in early September, the families said.The families of Mohammad Salah Mohammad Abu Kiff, Walid Fares Mustafa al-Atrash, Abed Mahmoud Abed Rabbo Dawiyat and Mohammad Jihad al-Taweel, said that their homes in the occupied East Jerusalem neighborhood of Sur Baher are being confiscated, in order to deter future attacks against Israelis.

The homes, which house 23 people, are to be closed and confiscated on February 10th.

The families said, according to Ma’an, that the decision to kick them out of their homes is unfair, particularly because the Israeli court has yet to reach a final judgement in the case of the four teens. The families added that the move amounted to collective punishment.

The families denied that their sons were responsible for the death of the Israeli driver, claiming that the four teens were in fact throwing rocks, but at least 500 meters away from where the accident occurred.

While it has become common practice during the past several months for Israeli forces to demolish homes of attackers as a method thought to deter attacks, it is unclear why Israeli authorities have ruled to confiscate the homes, instead of destroy them.