Al-Qassam Executes One Of Its Former Members 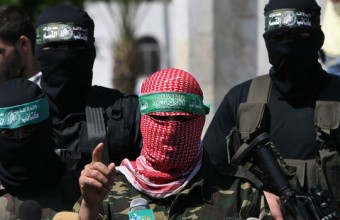 The al-Qassam Brigades, the armed wing of Hamas, has executed one of its former members for what it deemed “behavioral and moral violations.”Al-Qassam said, on its Arabic Twitter account (see below), that its military and Sharia prosecution executed the Palestinian Mahmoud Roshdi Eshteiwy on Sunday, February 7, at 4 p.m., for what it only described as “his admitted behavioral and moral violations.”

Al-Qassam Brigades has previously executed many Palestinians in the Gaza Strip, but was always clear about the specific nature of the causes surrounding these executions, which typically occur when the accused parties are involved in collaborating with the Israeli army and security devices, and especially when such a collaboration led to Israeli assassinations of fighters.

Capital punishment laws in occupied Palestine are largely inherited from Jordan and Egypt, and date back to the British Mandate period in the region, while executions carried out by armed groups are not based on verdicts issued by criminal courts, and defendants are denied legal representation.

Many Palestinian human rights groups have repeatedly denounced the executions, including those against Palestinians convicted in courts, and have demanded an end to capital punishment.