Report: Hamas Under Fire for Israeli Allegations of ISIL Affiliation 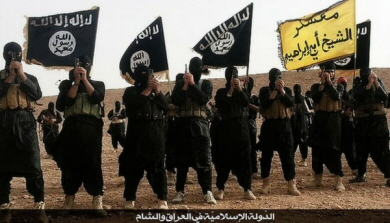 A senior Israel official alleged, on Monday, that Hamas has been providing medical treatment to Islamic State-affiliated fighters from Egypt’s Sinai Peninsula, in claims which Hamas rejected as ‘baseless.’Yoav Mordechai, the Coordinator of Government Activities in the Territories (COGAT), made the allegations in an interview with Saudi newspaper Elaph.

‘We have confirmed information that some fighters from the IS-affiliated Sinai Province group were being moved to Gaza through smuggling tunnels to receive medical treatment,’ Mordechai reportedly said.

He alleged that the Hamas movement was receiving weapons, money and other goods from IS in return.

However, Iyad al-Buzm, a spokesperson for Hamas’ Ministry of the Interior in the Gaza Strip, rejected the claims as ‘baseless and false.’

Buzm said that Mordechai’s statements were only meant to incite against the Gaza Strip and to worsen relations between Hamas and Egypt, so as to intensify a military blockade imposed on the besieged coastal enclave.

A spokesperson for the Hamas-run Ministry of Health in Gaza, Ashraf al-Qidra, also denied that any IS fighter had ever received treatment in Gaza’s hospitals.

Al-Qidra said, in a Facebook post: ‘Gaza hospitals receive patients and wounded people from the Gaza Strip only,’ adding that Mordechai’s remarks were ‘inciting, and completely false.’

Hamas has suffered poor relations with the Egyptian government ever since the democratically-elected Muslim Brotherhood, with whom they were closely allied, was thrown out of power in July of2013.

Recent Israeli air strikes have targeted locations in the Gaza Strip allegedly used for training by Hamas’ military wing, the al-Qassam Brigades, causing material damages to nearby homes. Although much of the rocket fire has been claimed by small militant groups operating in Gaza, the Israeli army has consistently held the territory’s de facto leaders Hamas responsible.

The majority of these weapons, including the default rockets made by Hamas, are typically crude shells constructed of little more than tubes with dynamite placed inside. They are fired blindly, without any possibility of aiming them. Injuries and damages are seldom reported, let alone in contrast with the devastation incurred by Israeli air and ground assaults.

On the other hand, since the devastating Israeli offensive on the region, in 2014, Hamas has reportedly been attempting to clamp down on many of the smaller armed groups operating in the territory.

Furthermore, Israeli Defense Minister Moshe Ya’alon was recently quoted, by the Times of Israel, as admitting that Israel has been providing aid to Syrian rebels, thus keeping the Druze in Syria out of immediate danger. Israeli officials, according to the site, have previously balked at confirming, on the record, that the country has been helping forces that are fighting to overthrow Syrian President Bashar Assad.

See: Israel Prepares for Military Actions in Syria and Lebanon

In an exclusive report by UK news outlet, The Daily Mail, a video and a number of images copyrighted by the Israeli military, in fact, show Israeli commandos rescuing wounded Islamic men from the Syrian warzone.

Press TV has also published a video containing controversial footage which is said to prove the unabated presence of Islamic State militants in the occupied Golan Heights.

In the classic tit-for-tat gaming style which seems to pervade mainstream media in the 21st century, the public is often left with a grossly inconclusive take on the actual who, what, where and whys of the wars they are currently funding, as a result. Sadly, it is no coincidence that the intellectual and financial stalemate is always accompanied by the vague smokescreen of shady politics which seems to further surround and obscure the reasoning behind those wars which are to come.

Whatever the case, the real burdens which surface, as a result of sectarian religious strife, will continue to fall not on the shoulders of any militant faction or state, but on those of common, working-class people and the humanitarian aid crews which are inevitably called in to pick up the pieces, after the true aggressors conveniently ‘intervene’ on their behalf.

Also of interest: 02/08/16 Al-Qassam Executes One Of Its Former Members