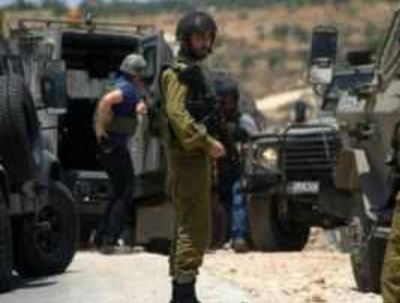 In Bethlehem, the soldiers kidnapped Mohammad Ibrahim Zawahra, 25, Ali Abdul-Hamid at-Tous, 19, and Mahmoud Yacoub Sweity, 24, in addition to summoning Salem Qassem al-Masri, 24, for interrogation in the Etzion military base.

Clashes took place between the soldiers and dozens of local youths, who hurled stones and empty bottles on them, while the army fired gas bombs and concussion grenades, causing many residents to suffer the effects of tear gas inhalation.

On Tuesday evening, the soldiers closed all roads leading to Nahhalin town, conducted massive searches of homes, and kidnapped many Palestinians; two of them have been identified as Mohammad Rabah Shakarna, 27, and Mohammad Abdul-Fattah Fannoun, 21.

The army also invaded local clinics, and a pharmacy, in teh town before violently searching them, causing excessive damage.

Also on Tuesday evening, the army invaded Teqoua’ town, southeast of the West Bank city of Bethlehem, and shot seven Palestinians, including two brothers, while at least twenty others suffered the effects of tear gas inhalation.