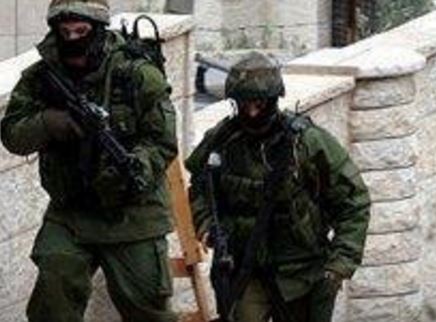 Israeli soldiers invaded, on Tuesday evening, the town of Teqoua’, southeast of the West Bank city of Bethlehem, shot seven Palestinians, including two brothers, while at least twenty others suffered the effects of tear gas inhalation, during clashes that took place between the invading soldiers, and local youths.The soldiers shot Jihad Daoud al-‘Amour, 26, and his brother Ala’, 24, with live rounds in their thighs, as they were standing on the rooftop of their home, in the center of the town, medical sources said. Their wounds were described as moderate.

The sources added that five Palestinians were shot with rubber-coated steel bullets, and at least twenty others suffered the effects of tear gas inhalation.

Some of the wounded Palestinian were transferred to the Beit Jala governmental hospital, and the rest received treatment by field medics.