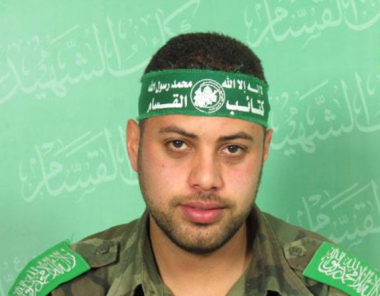 A Hamas fighter was killed on Tuesday, when a tunnel collapsed on  him, in the southern Gaza Strip, the Al-Qassam Brigades, the armed wing of Hamas said.

During the past two weeks, the group has reported at least ten other deaths in three separate tunnel collapses.

Gaza’s tunnel networks, which are largely used for smuggling in the coastal enclave’s south and military purposes in the north, are notoriously dangerous.

While the tunnels are largely used by Hamas as a source of tax revenue and inflow of weapons, they also supply highly-demanded necessities for Gaza’s 1.8 million residents under the blockade, imposed on the Gaza Strip, including food, medicine, as well as infrastructure materials like concrete and fuel.

Hamas claims to have rebuilt many of the tunnels that were destroyed during 2014’s devastating war with Israel.

Last week, , according to Ma’an, the Israeli authorities threatened to seal crossings between Israel and the Gaza Strip, due to recent Hamas activity.