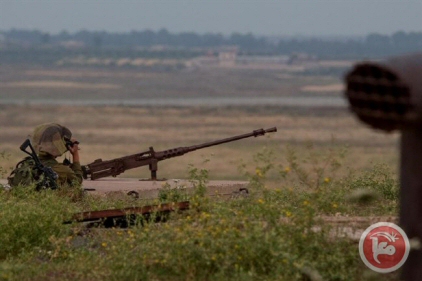 Israeli forces opened fire on Palestinian farmers east of al-Buriej refugee camp, in the central Gaza Strip, on Friday afternoon, locals said.The farmers were forces to leave the area, with no injuries reported.

Meanwhile, locals said that four Palestinians were reportedly detained after crossing the border fence between the besieged enclave and Israel.

An Israeli army spokesperson said she was ‘looking into the reports’, according to Ma’an.

Palestinians frequently face fire from Israeli forces inside of or near the military-imposed “buffer zone” along the borderline between Gaza and Israel, although the exact limits of the zone are often unclear.

The Israeli army often says that the use of live fire is necessary to deter potential ‘security threats,’ a practice which has, in effect, destroyed much of both the agricultural and fishing sectors of the impoverished coastal enclave.

The UN Office for the Coordination of Humanitarian Affairs reported at least 13 incidents of Israeli forces opening fire on Palestinians in the ‘buffer zone’, on both land and sea, during the second week of February. No injuries were reported in any of the incidents.