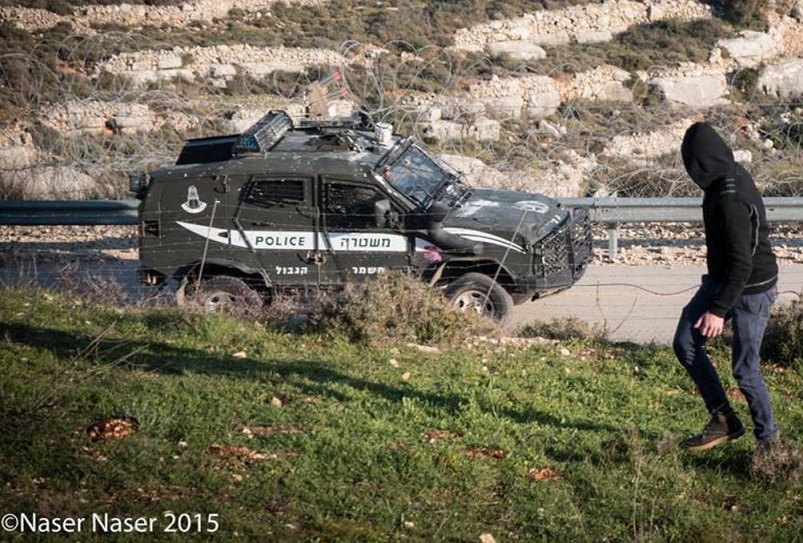 Israeli soldiers shot and injured, Friday, four Palestinians during clashes near the Ofer Israeli detention center and military base, built on Palestinian lands in Betunia and Rafat towns, in the central West Bank district of Ramallah.The soldiers assaulted dozens of Palestinians, who marched on Friday afternoon, towards the detention center, and fired dozens of live rounds, rubber-coated steel bullets and gas bombs, while local youths hurled stones and empty bottles on them.

Medical sources said a young man was shot with a live round in the abdomen, suffering a serious injury, and three others were shot with rubber-coated steel bullets, while dozens suffered the effects of tear gas inhalation.

The soldiers also fired many gas bombs directly hitting a number of homes, causing many families to suffer the effects of tear gas inhalation.

In addition, several journalists suffered the effects of tear gas inhalation after the soldiers fired gas bombs on them, directly after the army vehicles left the Ofer prison.