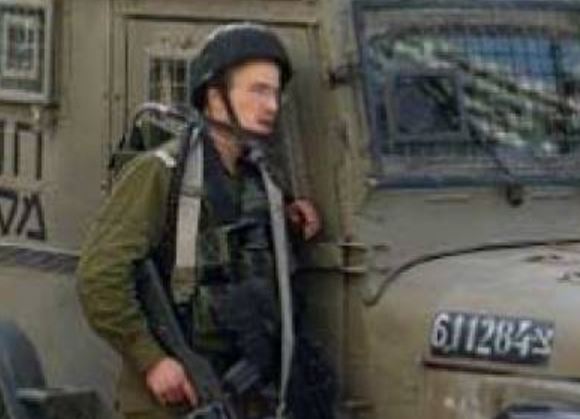 Clashes took place in the refugee camp after the soldiers invaded it; the army fired several concussion grenades and gas bombs; no injuries were reported.

Two other Palestinians, identified as Ezzeddin Samih Thawabta, and Rezeq Waleed Thawabta, were kidnapped after the soldiers invaded their home in the al-Khader town, south of Bethlehem.

In addition, the soldiers invaded Arraba town, southwest of the northern West Bank city of Jenin, searched a few homes and kidnapped a young man, identified as Wael Salman Sha’er, 19.

Also, the soldiers kidnapped Jalal Qassem ar-Ra’ey, 40, while crossing the “Container” roadblock, southeast of Jerusalem, and took him to an unknown destination.

The Palestinian, from Beit Ummar town, north of Hebron, is a former political prisoner who was imprisoned by Israel to 14 years.

On Saturday at night, the soldiers kidnapped Mohammad Hosni Bani Odeh, from Tammoun town, near Jenin, after stopping him on the Za’tara military roadblock, south of the northern West Bank city of Nablus.

The soldiers also blockaded with sand mounds the main road, leading to Aqraba nearby town, southeast of Nablus, only five days after the soldiers opened the road by removing the sand hills.