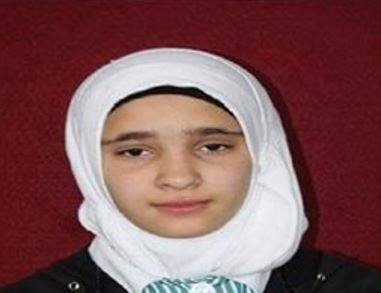 As she lay on the ground, her lung began to fill with blood, but she was denied medical treatment by the soldiers who surrounded her as she bled to death.

Al-Oweiwi was accused of attempting to stab an Israeli soldier near the central city of Hebron, in the southern part of the West Bank. But no injuries were reported among the soldiers, and her friends and family have challenged the accusation.

They point out that al-Oweiwi was an honor student, who was on her way to class, with a backpack full of books and school papers, when she was shot.

The head of the Public Prosecutor’s office in Hebron, Ashraf Mishal, told reporters with the Ma’an News Agency that, “The forensic physician identified a massive pulmonary hemorrhage as the cause of Kilzar’s death, and it would have been possible to save her life if she had had medical treatment”.

Mishal noted that the report on al-Oweiwi’s cause of death comes in the midst of a number of similar incidents, in which Israeli forces engaged in excessive force by shooting Palestinians armed with knives, then leaving them to bleed to death.

Since October, over 170 Palestinians have been killed by Israeli forces, and over 20 Israelis killed by ‘lone wolf’ Palestinian attackers.

In October, Ezzeddin Nadi Sha’ban Abu Shakhdam, 17, was shot by the Israeli military after allegedly wounding soldier, then left to bleed to death.

In November, Samer Hasan Seriesi, 51 was shot by Israeli soldiers and left to bleed to death as Israeli medics joked and laughed nearby.

Less than two weeks after that incident, Ehab Fathi Miswada, 21 was shot to death after allegedly stabbing and wounding an Israeli man, an was left to bleed to death by Israeli medical crews.