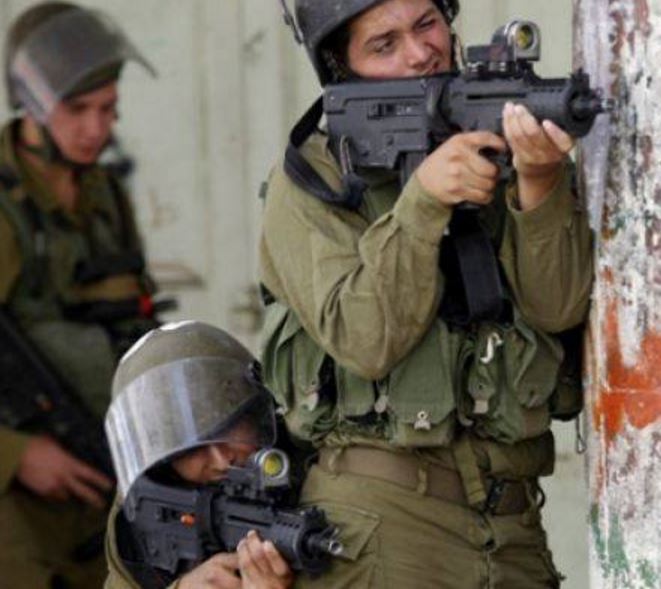 A Palestinian worker from Nahhalin town, west of Bethlehem in the occupied West Bank, has been injured, earlier Wednesday, after falling from a high point as Israeli soldiers were chasing him. The soldiers also kidnapped thirteen Palestinians in the West Bank.The wounded worker, Wajdi Jamal Najajra, 30, was heading to work in Jerusalem through Wadi Abu al-Hummus road, near al-Khass village, in Bethlehem district, but some Israeli soldiers, stationed on a nearby military roadblock, chased him until her fell from a high point, and suffered fractures in his legs.

The soldiers did not proceed to abduct the man, and left the area; locals called for an ambulance, before he was hospitalized suffering moderate wounds, and fractures in his legs.

On Tuesday at night, the soldiers kidnapped a Palestinian, identified as Abboud Monther Elba, 19, while walking near a military post in the at-Tour Mountain, in the northern West Bank city of Nablus.

On Wednesday at dawn, soldiers invaded Qabatia town, south of the northern West Bank city of Jenin, searched and ransacked many homes, kidnapped three Palestinians and assaulted two others.

The Palestinian Prisoners Society (PPS) has reported that the soldiers kidnapped at least thirteen Palestinians, in different parts of the West Bank, on Wednesday at dawn.