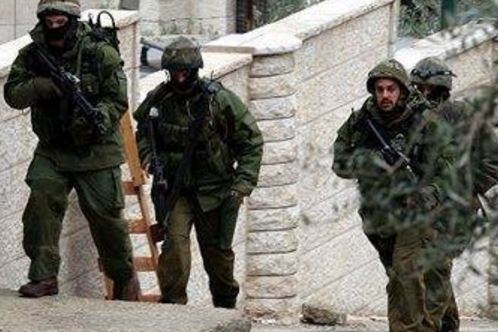 Palestinian medical sources in Bethlehem, has reported that Israeli soldiers shot and injured, on Wednesday at dawn, a young man in the al-Khader town, south of the West Bank district of Bethlehem.Eyewitnesses said several military vehicles invaded the town, after surrounding it, and clashed with dozens of local youths, who hurled stones and empty bottles on them.

The army fired several live rounds, wounding a young man in his thigh, in the an-Nashash area in the town, before local medics moved him to a hospital.

Similar clashes took place near the main entrance of the Deheishe refugee camp, south of Bethlehem.

In related news, the soldiers invaded various districts in the occupied West Bank, including in Jerusalem, violently searched homes, and kidnapped 13 Palestinians.