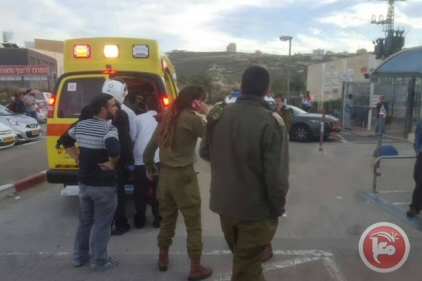 Two 14-year-old Palestinians were shot and critically injured after carrying out a stab attack that left one Israeli killed and one injured in the Rami Levi supermarket, located in the Shaare Benyamin industrial complex, northwest of Jerusalem, in the occupied West Bank.An Israeli police spokesperson said that two Palestinians entered the supermarket in the illegal Israeli settlement before stabbing the two Israelis, aged 17 and 35.

Both Palestinians were reportedly shot and critically injured by an armed civilian present at the scene..

The spokesperson initially reported both Palestinians dead. The 35-year-old Israeli died from stab wounds in the upper body and torso shortly after.

Local sources identified the Palestinians as Ayham Bassam Ibrahim Sobeh, and Omar Salim Rimawi, both 14-year-old residents of the Ramallah-area town of Beituniya.

Medics treated one Israeli in severe condition and another who was in moderate condition. The two were transferred to Hadassah Hospital in Jerusalem.