VIDEO: Algeria Celebrates Palestinian Goal in Their Own Net 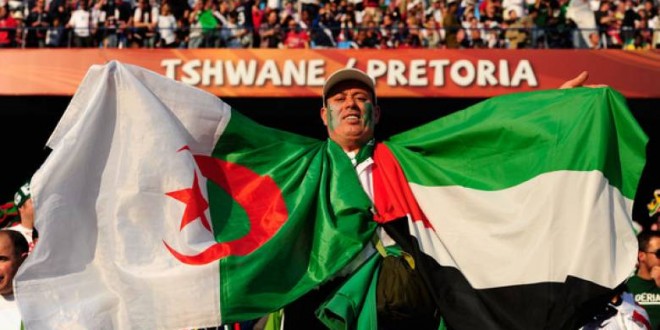 Against all odds, Algerians were celebrating the Palestinian goal in their own net, according to the PNN.

The motto of the match was “We are with Palestine whether unjust or oppressed,” a phrase that was spoken by the deceased Algerian president, Houari Boumediene.

The Algerian people have shown numerous solidarity stands with the Palestinian people, especially during football matches that included thousands cheering for Palestine, despite the irrelevance of the participating teams.

The historical bond comes from the mutuality of struggle, as Algeria is known as a country of one million martyrs who died for the freedom of their land.

WAFA: “UN calls for an independent investigation into Israel’s excessive use of force at Al-Aqsa”