Many Injured In Bil’in’s Weekly Protest 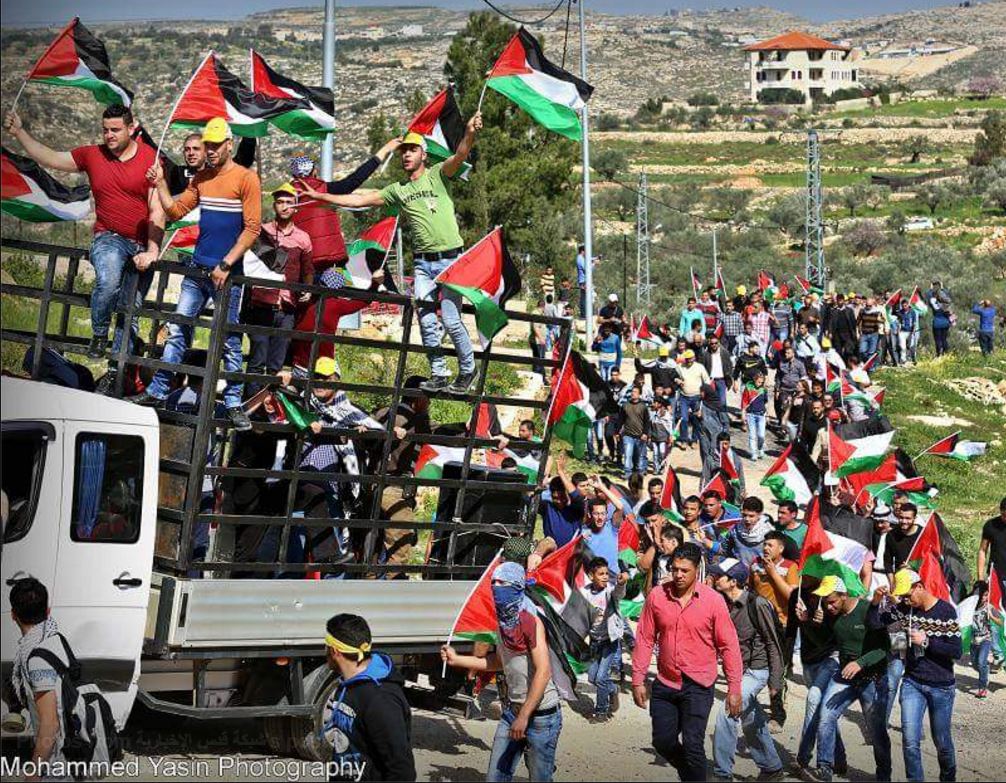 Israeli soldiers attacked, Friday, the weekly nonviolent protest against the Annexation Wall and colonies, in Bil’in village, west of the central West Bank city of Ramallah, causing dozens to suffer the effects of tear gas inhalation.The Popular Committee against the Wall and Settlements in Bil’in said dozens of residents, Israeli and international peace activists marched from the center of the village, marking the eleventh anniversary of ongoing popular, nonviolent struggle against the construction of the illegal Wall, colonies and the escalating Israeli violations.

The soldiers fired many gas bombs, concussion grenades and rubber-coated steel bullets on the protesters, causing dozens to suffer the effects of tear gas inhalation.

The protesters carried Palestinian flags and chanted against the illegal Israeli occupation, ongoing and escalating violations against the Palestinians, their homes and lands, and called for the release of hunger-striking detainee, journalist Mohammad al-Qeeq, who is facing a life-threatening condition as he continues his strike, demanding an end to his arbitrary Administrative Detention without charges.

Al-Qeeq started his strike on November 25th, 2015, while Israel continues to hold him without charges or trial, and refuses to allow his family to visit with him.

Friday marks the 11th anniversary of the beginning of the weekly protest against occupation.