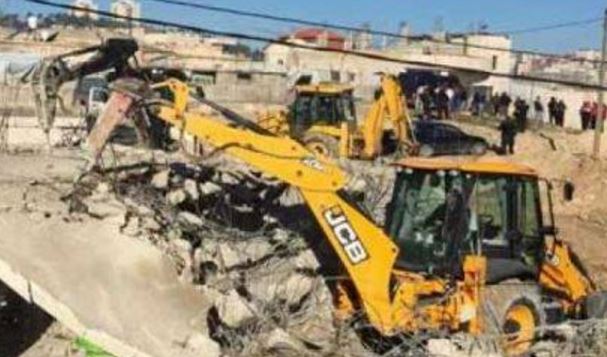 Several Israeli military vehicles and bulldozers invaded, on Sunday at dawn, the Abu an-Nawwar Bedouin community, east of occupied Jerusalem, and demolished a small school for children. The WAFA Palestinian News Agency has reported that at least 30 military vehicles, carrying dozens of soldiers, invaded the community, and demolished the six-room school after completely confiscating all of its properties.

WAFA added that the school was built after all of its costs were donated by the French government.

It was the only school in the Bedouin community, and provided education to students in the first and second grades.

Resident Abu Emad al-Jahalin said the area is frequently targeted by Israel, since the government is attempting to remove all Palestinian communities from the area, as part of the E1 project that aims at completely surrounding occupied Jerusalem with a chain of colonies.