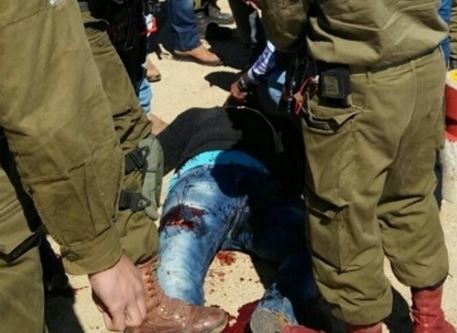 An Israeli settler died of his wounds Friday morning, after having been shot by another Israeli settler who was allegedly trying to ‘thwart an attack’, according to Israeli sources. The settler also shot and wounded a Palestinian man — but no one was injured by the alleged Palestinian ‘attacker’.The shootings by the armed paramilitary Israeli settler took place near the Gush Etzion Junction, south of Bethlehem.

Israeli sources identified the Israeli man who was killed as Captain Eliav Gelman, 31, who was discharged only a few months ago from the military.

He was a settler, who lived in one of the extreme right-wing religious Jewish settlements constructed on Palestinian land north of Hebron.

After he was wounded, he was taken to Shaare Tzedek Medical Center. He died on Friday morning from the gunshot wounds inflicted by his fellow Israeli settler.

Israeli daily Haaretz claimed that the shots were fired following an alleged ‘stabbing attack’ by a Palestinian — but no one was injured by the accused Palestinian, and no knife was found.

The wounded Palestinian has been identified as Mamdouh Yousef Amro, 27, from Doura town, southwest of Hebron.