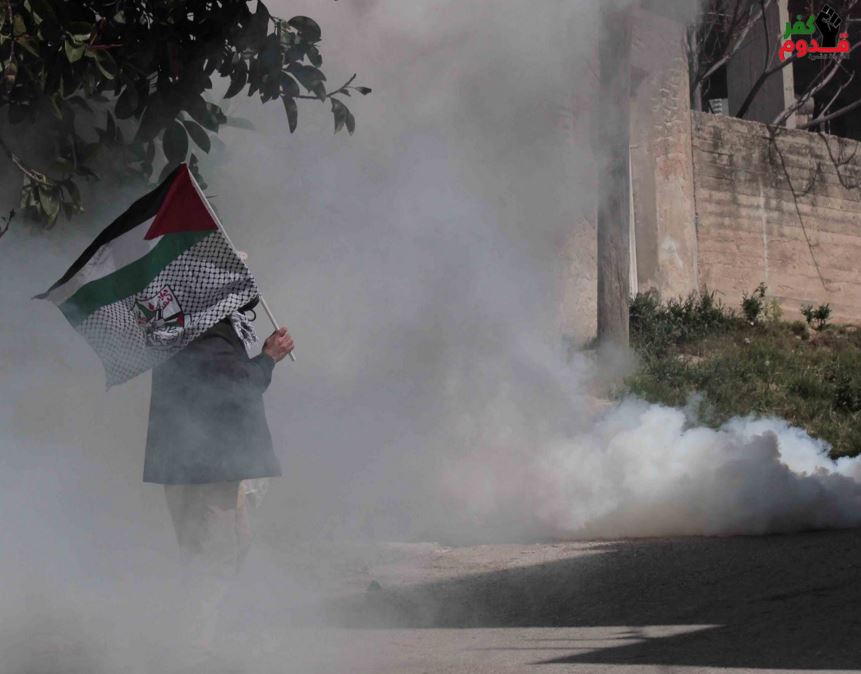 Israeli soldiers attacked, on Friday, the weekly protest in Kafr Qaddoum town, east of the northern West Bank city of Qalqilia, and shot a teenager with a gas bomb in the head, while many suffered the effects of teargas inhalation.Morad Eshteiwy, the media spokesperson of the Popular Committee against the Wall and Settlements in Kafr Qaddoum, said the soldiers invaded the village, after surrounding it, and assaulted the protesters.

He added that the soldiers fired rubber-coated steel bullets, gas bombs and concussion grenades, wounding a young man, who was shot with a gas bomb in his head.

Many Palestinians suffered the effects of tear gas inhalation, especially after the soldiers fired many gas bombs into the village, also striking several homes.

Kafr Qaddoum residents have been protesting, for the fifth consecutive year, demanding Israel to reopen the town’s main road, that connects it with the surrounding Palestinian communities.

The soldiers closed the village’s main road, thirteen years ago, to allow easy access to the settlers driving to and from the illegal Kedumim colony, built on Palestinian lands.