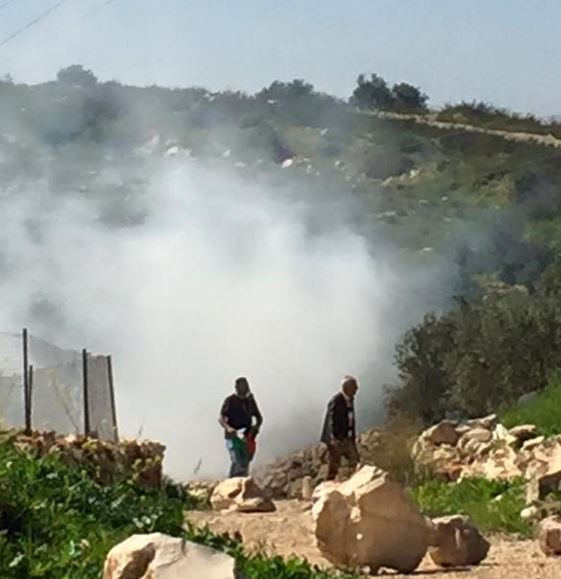 Dozens of Israeli soldiers attacked, Friday, the weekly nonviolent protest against the Annexation Wall and colonies, in Bil’in village, west of the central West Bank city of Ramallah.The protest started from the center of the village, when locals, Israeli and international peace activists marched towards the villagers’ orchards, and the soldiers fired many gas bombs on them.

Haitham Khatib, a Palestinian cameraman and a well-known nonviolent activist against the Wall and colonies in Bil’in in Bil’in, said the soldiers used a new type of gas bombs that actually detonate after they hit their target.

‘This is a very dangerous weapon; innocent peace-loving Palestinians are being used by the army to test Israel’s newest weapons,’ he said, ‘We have the right to assemble peacefully, and protest on our lands! We will continue our struggle.’

Also on Friday, the soldiers attacked the weekly protest in Kafr Qaddoum town, east of the northern West Bank city of Qalqilia, wounding one Palestinian with a gas bomb in his head.