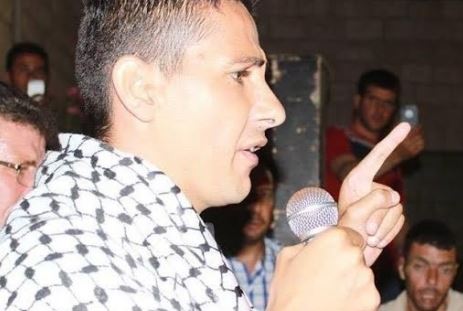 Several Israeli army vehicles invaded, on Monday at dawn, the town of Silwad, east of the central West Bank city of Ramallah, and kidnapped a former political prisoner.The Palestinian TV said the soldiers stormed the home of Abdul-Qader Kayed Hammad, 32, looking for him, and violently searched his property.

The soldiers left a military order for Hammad, summoning them for interrogation in the Etzion military and security base, and when he returned home, and found out what happened, he went to the base, and the soldiers detained him.

Hammad is a former political prisoner, who spent twelve years in Israeli prisons, detention and interrogation center, and was only released five months ago. His father, Kayed, and his brother Tha’er, are both imprisoned by Israel.

Tha’er is serving eleven life terms; on March 3, 2002, he left his home at dawn, carrying an old M1 rifle, and approximately 70 rounds, and took aim on a hill overlooking an Israeli army base, near the Nablus-Ramallah road.

He then fired 24 to 26 bullets, killing eleven Israeli soldiers and one settler, and wounded nine other soldiers. He was taken prisoner by the army on February 10, 2004.

In related news, the soldiers also soldiers invaded a Palestinian home in the al-‘Isawiyya town, in the center of occupied Jerusalem, and detained an entire family, including an infant, to pressure a 17-year-old sibling to surrender.

Also on Monday at dawn, the army kidnapped at least eight Palestinians, in different parts of the West Bank, and took them to a number of interrogation facilities and military bases.

Also Read: Soldiers Attack And Kidnap A Palestinian Teen After Shooting Him In Jerusalem