Including A Toddler, Soldiers ِAbduct A Palestinian Family In Jerusalem 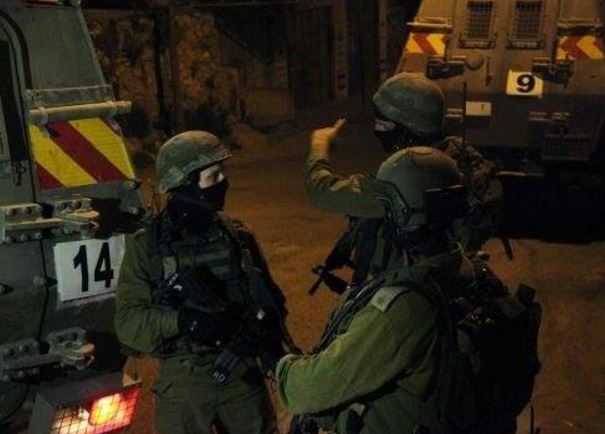 Israeli soldiers invaded, on Monday at dawn, a Palestinian home in the al-‘Isawiyya town, in the center of occupied Jerusalem, and abducted an entire family, including an infant, to pressure a 17-year-old sibling to surrender.Raed Abu Ryala, a member of the Follow-Up Committee in al-‘Isawiyya, said the dozens of soldiers invaded the town, and surrounded the home of Tareq Darweesh, before invading the property and violently searching it, causing property damage.

He added that the soldiers assaulted the parents and their kids, before abducting them, and took them to the al-Maskobiyya interrogation center in Jerusalem.

Besides the father and the mother, the soldiers kidnapped their son, 16, their daughter, 14, in addition to their two years of age toddler.

Abu Ryala added that the soldiers were questioning the family about the location of their son, Yousef, 17, as they wanted to kidnap and interrogate him, but he was not at home at the time of the invasion.

The soldiers then decided to hold the entire family captive, as a means to pressure their son to turn himself in, to the police.
Also on Monday at dawn, the army kidnapped eight Palestinians, in different parts of the West Bank, and took them to a number of interrogation facilities and military bases.

Also Read: Soldiers Attack And Kidnap A Palestinian Teen After Shooting Him In Jerusalem