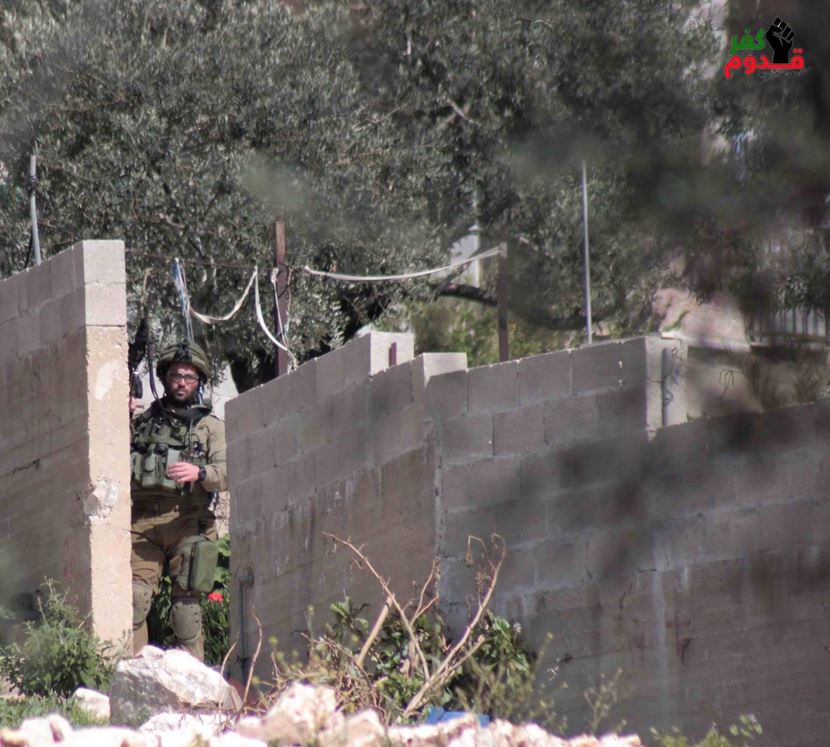 Israeli soldiers assaulted, Friday, the weekly nonviolent protest against the Wall and Colonies in Kafr Qaddoum town, near the northern West Bank city of Qalqilia, wounding one child, while many residents suffered the effects of tear gas inhalation.The Popular Committee in Kafr Qaddoum said the soldiers surrounded the village, and carried repeated attempts to invade it, and stop the protest.

The attack pushed many local youths to hurl stones and empty bottles at the soldiers, and also burnt several car tires.

The soldiers fired many rounds of live ammunition, wounding a child, identified as Khaled Morad Eshteiwy, with two rounds in his legs, and also fired gas bombs and concussion grenades, wounding several Palestinians.

The Committee stated that, although the military resorts to excessive force during their invasions yet today’s invasion was even more aggressive and violent.

Also on Friday, the soldiers assaulted dozens of Palestinian, Israeli and international peace activists, holding the weekly nonviolent protest against the Annexation Wall and colonies, in Bil’in village, near the central West Bank city of Ramallah.

Several protesters also suffered the effects of tear gas inhalation, after the soldiers assaulted the weekly protest in Ni’lin nearby village.

In Bethlehem two medics of the Palestinian Red Crescent Society suffered the effects of teargas inhalation, after Israeli soldiers fired a gas bomb into their ambulance, at the northern entrance of Bethlehem city. One Palestinian was kidnapped in Husan. 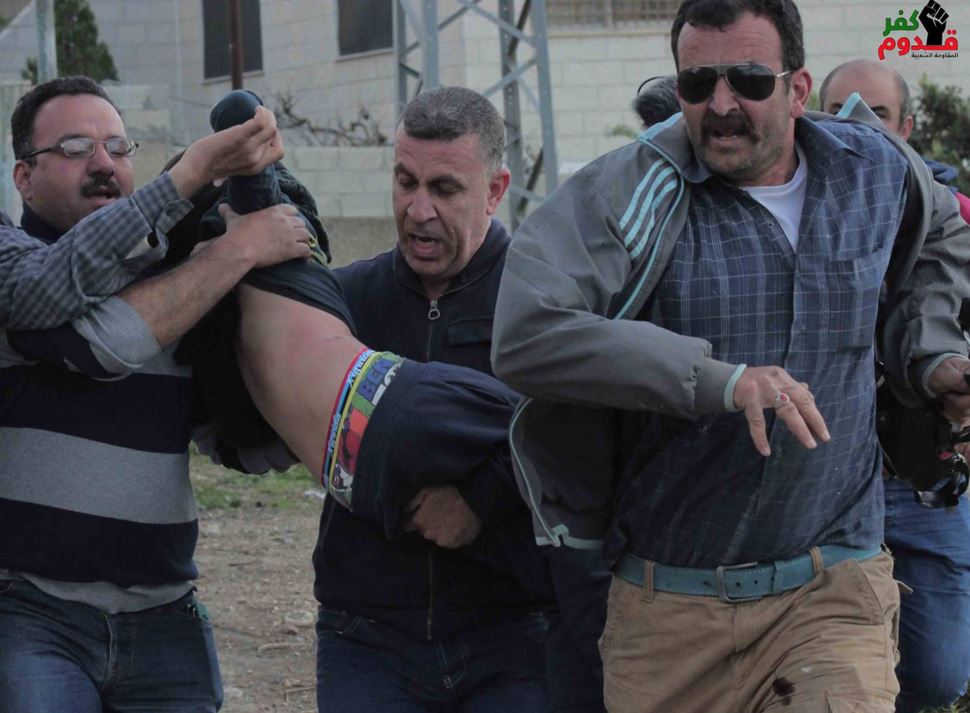