Army Kidnaps 6 Palestinians In The West Bank, Seriously Injure A Palestinian In Gaza 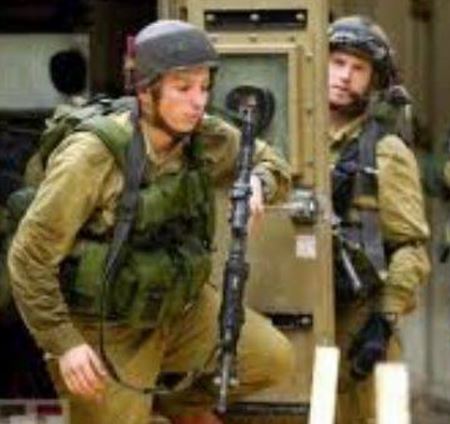 Eyewitnesses said the soldiers interrogated many Palestinians while searching their homes, and inspected their ID cards.

Dozens of soldiers were also deployed around Ya’bad, and several Palestinian communities southwest of Jenin, and installed roadblocks.

Also on Monday, the soldiers invaded Beit Rima town, northwest of Ramallah, searched homes and kidnapped Shadi Khaled Rimawi, 20. The Palestinian has a brother who is a political prisoner, held by Israeli since last year.

Several military vehicles also invaded Husan town, west of Bethlehem, broke into and searched many homes, and interrogated many Palestinians. The invasion led to clashes between local youths, who hurled stones on the army vehicles while the soldiers fired rubber-coated steel bullets and gas bombs.

In addition, the soldiers invaded homes in the al-‘Arroub refugee camp, north of the southern West Bank city of Hebron, and kidnapped two children, identified as Hamza Amjad Teety, 15, and Mohammad Yousef al-Mezyin, 15.

The army installed many roadblocks in neighborhoods in Hebron city, in addition to the main roads leading to Sa’ir and Halhoul towns, and Jouret Bahlas area, north of Hebron, before stopping and searching dozens of cars.

In the Gaza Strip, medical sources said the soldiers shot, and seriously injured, a Palestinian in his land, close to the border fence, east of the al-Boreij refugee camp, in Central Gaza.

The sources said the wounded Palestinian was instantly moved to the al-Aqsa hospital, in Deir al-Balah, in Central Gaza suffering serious wounds to the upper part of his body.

On Sunday, the soldiers kidnapped Mahmoud Nasri Salah, 24, from the al-Khader town, south of Bethlehem. The Palestinian was first stopped at the Container Roadblock, northeast of Bethlehem, and was summoned for interrogation in the Etzion military and security base; he was kidnapped directly after he arrived at the base.