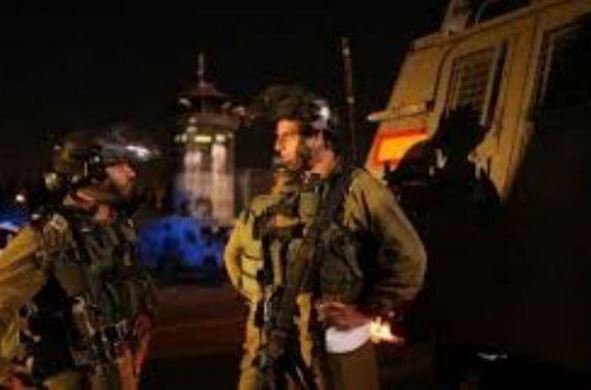 Several Israeli military vehicles invaded earlier Monday, a charitable society for orphans, in Beit Ummar town, north of the southern West Bank city of Hebron, and violently searched it, causing property damage, and clashes. The soldiers also invaded a barn and searched it. Mohammad Ayyad Awad, the media spokesperson of the Popular Committee in Hebron, said dozens of soldiers invaded the charitable society, in the al-Bayada area, after smashing its front doors.

Awad added that the soldiers smashed doors inside the charitable society, and violently searched it, in addition to holding the guard in one of its rooms.

The soldiers also invaded the office of the head of the charitable society Ahmad al-‘Omari, searched orphans’ files, and confiscated three hard drives.

The invasion of the town led to clashes between the soldiers, and dozens of local youths, who hurled stones and empty bottles on the military vehicles.

In related news, the soldiers invaded a barn in Beit Za’ta area east of Beit Ummar, detained its owner, Na’im Hmeidan Abu Mariya, and searched the property after ordering the family to shut their mobile phones down.

Army Kidnaps 6 Palestinians In The West Bank, Seriously Injure A Palestinian In Gaza