Lawyer Shireen Al-‘IsawiSentenced To 4 Years, Her Brother To 8 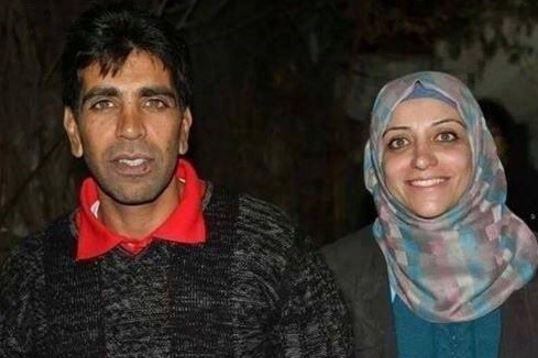 The Israeli Central Court in occupied Jerusalem, sentenced on Monday lawyer Shireen al-Issawi, to four years imprisonment, and her brother to eight.Amjad Abu Assab, head of the Jerusalem Detainees Parents Committee, said the lawyer and her brother, were convicted of ‘communicating with the detainees,’ and providing funds to them.’

Shireen was taken prisoner on March 7, 2014, as part of an Israeli arrest campaign targeting many Palestinian lawyers in occupied Jerusalem. Her brother Midhat al-Eesawy was kidnapped in March 13, 2014.

Shireen was repeatedly kidnapped and imprisoned by Israel and was previously held under house arrests for several months.

Her brother was also repeatedly imprisoned, spending more than 20 years in detention, in addition to being frequently placed under house arrest.

Shireen is also the sister of Samer al-‘Issawi, who was kidnapped in June of 2014, just two years after his release under the ‘Shalit Prisoner Swap Agreement.’

In May of 2015, an Israeli judge reinstated Samer’s 30-years imprisonment term, for what he called “violating the terms of his release.

Samer also went on hunger strike for nine months, demanding his release. On December 23, 2013, Israel released him, and the Israeli army rearrested in June of 2014.

It is worth mentioning that al-‘Issawi’s grandmother was killed by the Israeli army in the First Intifada of 1987 while their parents were repeatedly imprisoned by Israel in the 1970’s.

In 1994, the army killed their brother during the uprising the followed the Ibrahimi Mosque massacre. Every member of the al-Isawifamily was previously kidnapped and imprisoned by Israel.