Israeli and U.S. Groups sued for $34.5 Billion for funding construction of Israeli settlements 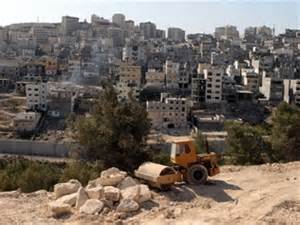 The U.S. Government has also condemned Israeli settlement construction – although a bill being considered by the U.S. Congress right now would make it illegal to boycott Israeli products that come from these illegal settlements.

In fact, U.S. Law currently allows U.S. Citizens to donate to the Israeli military directly – the only military on earth that U.S. Citizens are allowed to directly donate to. In addition, U.S. Citizens and groups are permitted to give tax-deductible donations to Israeli settlement construction project – despite the fact that doing so directly violates U.S. Stated policy.

In addition, a number of organizations are named in the lawsuit, including ‘Christian Friends of Israeli Communities’, Israel Chemicals Limited, the controversial Dead Sea cosmetics company Ahava, and security firm G4S.

Martin McMahon, one of the lawyers representing the complainants in the lawsuit, told reporters from Al Jazeera, ‘It’s about time that the world woke up to the fact that Palestinians are being murdered every day with US taxpayer dollars.’

The lawsuit was filed Monday in the U.S. District Court in Washington DC.