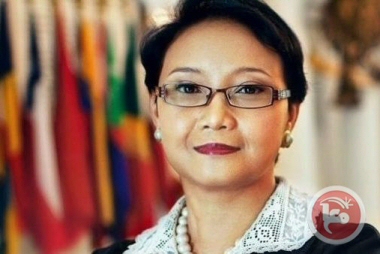 Matsudi, according to Ma’an, was also scheduled to inaugurate an honorary consulate of Indonesia in Ramallah.

The Palestinian Authority statement added that al-Maliki traveled to Jordan on Sunday morning in order to meet with her in Amman instead.

The two will discuss issues of importance to both countries and the how to improve bilateral relations, the statement said.

The Israeli Ministry of Foreign Affairs declined to comment on the incident.

However, Israeli newspaper ‘Haaretz’ reported that Marsudi was turned away due to her refusal to also meet with Israeli political figures, during her trip.

Israel controls access to the West Bank, which can be reached via the main checkpoint outside Jerusalem, on the road coming up from Ben Gurion International Airport, or at the Allenby Bridge over the Jordan River, on the road from Amman.