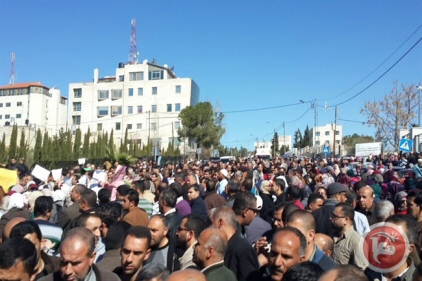 The strike that began on February 10 was ended with Abbas pledging that the teachers would receive back pay in four installments by September, and a 10 percent pay rise from 2017-2018.

‘With pain squeezing our hearts, we can only thank President Mahmoud Abbas… he came up with some new offers, even though they have not fulfilled all our needs and demands,’ the teachers’ said in a statement.

Abbas, standing along with Prime Minister Rami Hamdallah, promised, in a televised address, a 10 percent pay raise, a management review and the implementation of a 2013 work agreement, according to WAFA.