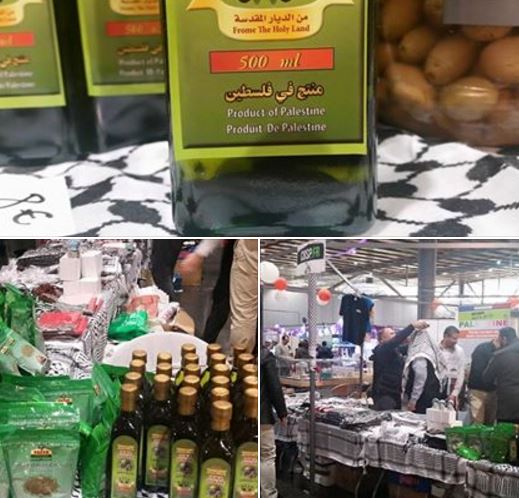 Five Palestinian companies warned of financial losses as Israeli occupation forces banned their products from being marketed in occupied Jerusalem, under political and economic pretexts, Palestinian sources reported Saturday. A report identified the five companies as Hamoudah, al-Jideedi, Arryan, distributers of dairy products, as well as Asslwa and Saniora, associated with meat products.

Hamouda company sources said that Israeli occupation forces has been banning the entry of their company’s products to occupied Jerusalem for the fifth day in a row, according to Al Ray. Hamdoua explained that un-expected move, by Israel, would cost the company heavy losses estimated at millions. Hamouda company constitutes 50% of the marketed products in Jerusalem.

The source explained that the Israeli decision came after a decrease in Israeli sales of the same products, in Jerusalem markets, due to dominance of Palestinian products. Israeli occupation authorities put this decision into action even though the Palestinian companies were licensed within the Israeli record.

The affected companies addressed the Civil Affairs administration and the Agriculture Ministry, to become acquainted with the reasons behind such decision, and the latter responded that the decision was unilateral and unexpected. The source said that Palestinian authorities are contemplating a suitable reaction to such a move.

Tareq Abu Laban, the General Manager of Marketing at the Ministry of Agriculture, noted that there are political reasons behind the Israeli decision, explaining that the Israeli side aims to force the PA to deal with Jerusalem as a part of Israeli state.

He added that the Israeli Ministry of Agriculture asked the Palestinian side to submit private export models in which they are identified as international exporter. He explained that this step implies political impacts under which the Palestinians are forced to recognize Jerusalem as an Israeli city.

In 2010, Israeli occupation authorities tried to pass a similar decision. But, international figures, as well as the Quarter Committee, thwarted the plan.