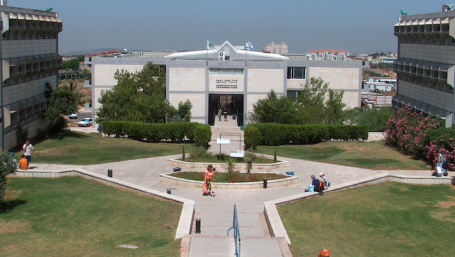 The conference, titled “BDS and ’48 Palestinians: Between International Influences and Local Contexts,” was held in Nazareth at the end of February. Ariel Univeristy is an Israeli University in the West Bank settlement of Ariel.

According to Mondoweiss, Raja Zaatry, a representative of the Boycott Committee 48, said Ariel University represents a strong contender for a boycott campaign due to its constant attempts to use its 300 Palestinians graduates as proof that it is an island of coexistence in a democratic country. This distorted image hides the fact Israel’s existence is inseparable from Israeli occupation and the brutal, fundamentally anti-democratic oppression of Palestinians that comes with it.

At the conference, boycotting Ariel University was seen as a possible way for Palestinian citizens of Israel to support the idea that Israeli academia is integral to the oppression of Palestinians and encourage the international boycott of it as a whole – a central tenant of the BDS movement.

Separately, Professor Uri Ram, the president of the Israeli Sociological Society (ISS), called on Monday for ISS to boycott Ariel University. The debate came about after a researcher from Ariel University asked ISS to hold a conference there.

According to the Israeli newspaper Haaretz, Ram explained: “I am doing this as a way of hoisting a black flag of immorality over the occupation.” “The Israel Sociological Society cannot sit on the fence and ignore decades of occupation,” he added.

ISS passed a similar motion in 2011, but it was apparently toothless. Now, Ram hopes to actually implement an ISS boycott of Ariel University. The specific mechanisms of the boycott, however, remain unknown. The board of ISS will debate the matter next month.

However, unlike Palestinian activists at last month’s conference, Ram does not see an ISS boycott of Ariel University as in protest of the Israeli state, nor as in support of Palestinians’ call for an academic boycott of Israel.

Ram explained: “I don’t support an academic boycott of Israel; Israel is a legitimate nation, the occupation is not legitimate. I certainly do not boycott academia in Israel, I am part of its academia and do not boycott myself.”

Glossing over these ideological differences, Haaretz characterized Ram’s push to for the boycott as “a move that could effectively import an international pro-Palestinian boycott movement.”

Israel’s Minister of Education, Naftali Bennet, also seems to view ISS’s boycott initiative as the potencial beginning of an internal, anti-occupation boycott movement; Bennet has instructed the Planning and Budgetary Committee of the Council for Higher Education to develop legislation to combat ISS’s possible boycott.

Bennet’s threats against the Israeli boycott organizers come as no surprise; Israel has already developed anti-BDS legislation to stifle Palestinian BDS activism, and prior to the BDS conference last month, Israeli police threatened its Palestinian organizers.

Though Israeli media and politicians frame ISS’s boycott as in support of the BDS movement, ISS’s commitment to the Israeli state and lack of support for the BDS movement stand in opposition to the central tenet of BDS – that is, the end of Israeli occupation and the full liberation of Palestine.