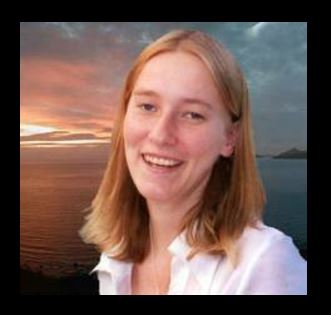 This is the first time in which I could sit behind the computer and write about the tragic murder of Rachel. Since that happened many of us at the International Solidarity Movement (ISM) have lived through really hard times. What added to my sadness and grief is being the one who received and went through almost all of what was written about Rachel’s tragedy.I do remember that after the April 1st, 2002 ISM demonstration in Beit Jala we had many discussions about the possibility of losing lives through the work of ISM activists in Palestine. At that peaceful demonstration an Israeli tank — without a reason or a warning –showered us randomly with high speed bullets. As a result, eight ISMers were injured, luckily enough no one was killed.

With Rachel’s tragedy, this is no more a discussion of possibilities, it is for real and it feels very different. While so many commentators were interested in the incidents and issues related, we the Palestinian and international friends of Rachel were going through a painful process of evaluating ‘what is worth what?’ Is protecting a life worth losing one? We did feel a huge sense of responsibility and still do.

This might sound strange in the middle of a crisis that is wasting the lives of so many on a daily basis but we do not hide it — Rachel’s murder felt very different.

What was killed with the murder of Rachel was the very basic faith we had in humanity and humans. Without this faith that each of us — regardless of what he believes in or at what side he/she stands — has a little human inside that we can appeal to, link with, and address.

We understood that even our opponents, in this case Israeli soldiers and settlers, with all of their fears, ideologies, and the doctrine they have been taught to believe; still has the little human inside. We trusted that our acts, appearance, skills, and training are sufficient to make the link.

We thought that when we present no threat to the opponent and treat him with respect and love even when we face his hostility and anger, it will be impossible for a human to kill.

While investigating this tragic murder we have no doubts that Rachel and her friends worked hard to love, respect, and communicate with soldiers and the bulldozer driver.
Peace activists do not lack determination. Rachel was a great example.

They fight with love to all who are around them including their opponents but they do not freak out. It is precisely due to the unlimited faith they have in humans and humanity that they stand for the challenge and spread love to all.

When ISM activists stands in front of soldiers armed to their teeth, if they had no faith in humans it can be the most stupid thing to do.

What stops a solider from shooting an activist standing in the way of ‘executing his orders’ is the love hidden behind the tough appearance, the human inside him that sets the limits to how brutal and how exploitative of the power he enjoys he can be.

If that is not there, then we would rather not live in this jungle in which the one who has sharper claws kill and eat the others.

If this faith is lost, peace loses all of its meanings. It is why we all believe that all humans are good in nature even when they do ugly things. The minute you lose this faith, war and power becomes the only way.

I should admit that this particular bulldozer driver and quite few Israeli soldiers and settlers had practiced repeatedly to convince us differently.

I would like to urge Israelis to check carefully what education and ideologies could possibly lead a human to brutally crush a sweet person like Rachel to death. So many already have told us that certain people do not understand anything except the language of power and force. Evidently they lost their belief in humanity and the good nature of mankind. We did not.

Deep inside, both Palestinians and Israelis are full of fear, anger, and hatred towards each other. Both feel isolated and standing alone. Rachel tried to open a window of hope, to spread love to all, to bridge, to establish the link.

She stood for the powerless but not against the powerful. She tried to help the bulldozer driver to recognize his human limits. His power of destruction — his heavy machine — blinded him and crushed the human inside him just before he crushed the small, beautiful body with his huge blade.

Without people like Rachel I doubt I would be willing to continue living in the world that warriors have prepared for us.

The ones who dared to send hateful letters accusing ISM and Rachel with hurtful words are still blinded by the same things that led the bulldozer driver to lower down his blade to crush peace, love, and Rachel.