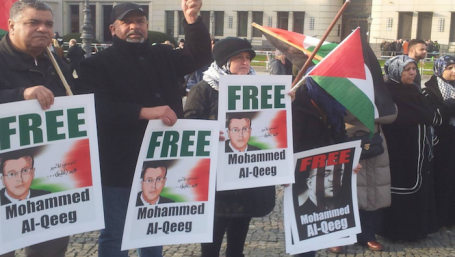 Palestinian journalists must navigate both the Israeli government’s and Palestinian authorities’ attempts to criminalize their profession.

Israel claims that, through its programming, Palestine Today “incites” public confrontation with the Israeli occupation and thus makes it difficult to quell the Third Intifada. Such a justification is the epitome of Israeli deception: it suggests that the Palestinian people need television to educate and inspire them, with regard to resistance against Israeli occupation.

The Oslo Accord’s division of the West Bank into areas A, B and C is another Israeli bluff. The closures of Palestinian media outlets and arrests of journalists are being conducted primarily in so-called Area A – ostensibly under the full civilian and security control of the Palestinian Authority. But, as the Israeli occupation’s activities against Ramallah-based Palestinian press illustrate, in the end, the entire West Bank is subject to occupation. In truth, Oslo’s land divisions merely signify where Israel has abdicated its legal responsibilities for the welfare of the occupied Palestinian people.

If the dominant Palestinian authorities, in both the West Bank and Gaza Strip, remain indifferent to Israel’s arrest and persecution of journalists and closure of media outlets, the limited degree to which Palestinians can exercise freedom of political expression today will slip away.

Human rights organizations, both local and international, carry the burden of exposing the occupation’s assault on Palestinian media to the rest of the world.

But, Palestinian media bears the heaviest burden – not only that of confronting the occupation’s oppressive measures against Palestinian press, but also the efforts by the repressive Palestinian authorities to restrict freedom of political expression in the West Bank and Gaza.