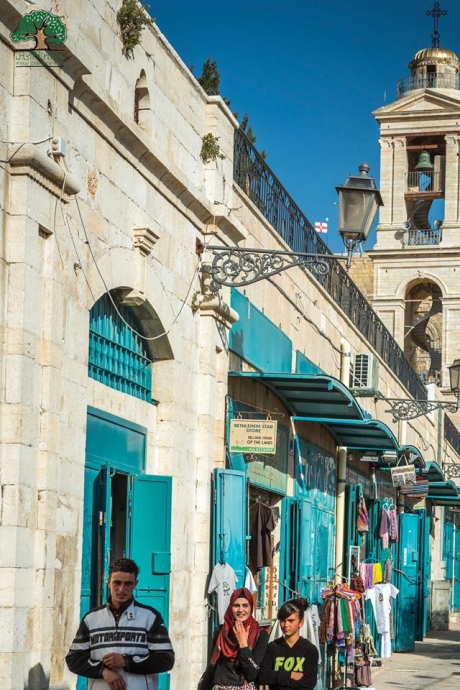 St. Helena, the mother of Constantine – the first Christian emperor – had this Byzantine basilica built in order to commemorate the birth of Jesus Christ. In 2012, the Nativity Church and the old city were added to the list of World Heritage Sites. The Church of the Nativity is the first Palestinian site to be registered within the UNESCO World Heritage List. The Church is built on top of a cave, where according to tradition first documented in the second century AD, Jesus was born. At the end of the 4th century AD, St. Jerome settled in Bethlehem, and built two monasteries, one of which remains essentially the church that stands today next to the Church of the Nativity.

According to archaeological evidence, traces have been found from the Chalcolithic period, Bronze, and Iron Ages which illustrate that the earliest human presence was on the eastern slope of the city’s central hill. By 700 BC, the town became an important center during the Hellenistic and Roman periods, when the construction of the Jerusalem aqueduct meant part of its water was diverted to the city.
After your visit to the Church of the Nativity complex, time to wander around the Old City, which is surrounded by other important sites related to Christ’s birth. Among these is the Milk Grotto, another cave carved in soft limestone, located just a few minutes’ walk from the Church of the Nativity. According to tradition, Mother Mary fled to this cave to nurse baby Jesus while hiding from Herod’s soldiers.

Walking through the historic city of Bethlehem, you can visit Bethlehem’s historic residential quarters which have developed through the ages, and represent part of the cultural heritage of Bethlehem. Each Quarter consists of several families, and are part of the cultural heritage of Bethlehem. You will also find open-air markets where you can purchase fresh or dried fruit, spices, or have a traditional Palestinian meal at one of the cafes near the square in front of the Church of the Nativity.

In more recent times, the city has hosts many celebrations and events, including visits of many heads of states as well as the Vatican’s Pope.
The Siraj Center and Masar Ibrahim al Khalil invite you to join their next weekly walk which will be held this Saturday, 2nd of April.