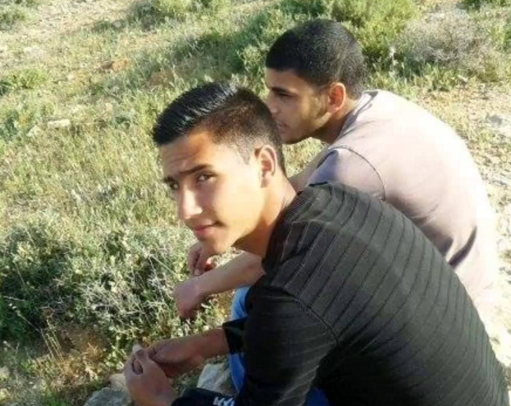 The Israeli army on Wednesday closed the investigation into the killing of a Palestinian teenager during Nakba Day protests in May of 2014, without filing an indictment against the soldiers responsible for shooting the youth to death.

The Israeli Information Center for Human Rights in the Occupied Territories (B’Tselem) said that their staff was informed by Lieutenant Colonel Edoram Rigler that army Judge Advocate General, Brigadier General Sharon Afek “was unable to find evidence” that the Israeli military or police used live fire against the Palestinian protesters.

The incident in question took place on May 15 2015, while Palestinians were marking the Nakba day, the day in 1948 in which hundreds of thousands of Palestinians were displaced from their homes for the creation of the state of Israel on their land.

During the 2014 protest, Israeli forces shot and killed two Palestinians, and injured several others, after the army attacked nonviolent protesters near the Ofer Israeli prison, west of Ramallah.

The investigation was into the death of Mohammad Abu Thaher, 20. The other Palestinian protester who was killed that day was Nadim Nuwwara, 17, from al-Mazra’a al-Gharbiyya village, northwest of Ramallah.

The judge, in his ruling, claimed that that the Abu Thaher family refused to allow an autopsy, and added that the army did use live fire during the demonstration, but claimed the rounds “were only used as warning shots to disperse the protesters.”

Responding to the military ruling, B’Tselem said that it exposes the absurd way the Israeli army handles such cases, and that it also shows a “problematic leniency in the use of live fire against the Palestinians.”

Abu Thaher’s death was not caught on video. But the other Palestinian killed that day, Nadim Nuwwara, had his death caught on tape, and former police officer Ben Deri was indicted for that crime.

Because there was no video of Abu Thaher’s killing – despite the fact that it was at around the same time and under the same circumstances as Nuwwara’s killing – the judge decided to go with the soldier’s account of events, even though that account contradicted the physical evidence.

In Nuwwara’s case, an autopsy was conducted by the Palestinian Institute for Forensic Medicine, in Abu Die, east of occupied Jerusalem, which showed that Nuwwara was shot with live fire.

B’Tselem said that the Israeli army does not indict soldiers who kill Palestinians if the incident was not captured on video.

It is worth mentioning that Lieutenant Colonel Rigler, who acted as a prosecutor in this case (but failed to prosecute anyone), is also the lead prosecutor in the case of the Israeli soldier who executed a subdued, seriously wounded, Palestinian last week in the southern West Bank city of Hebron.

Despite criticizing the judge’s decision, B’Tselem said that, due to issues unrelated to the evidence in the case, it did not expect to petition the High Court of Justice over the decision, and that it was unclear if anyone else would.

The Jerusalem Post added that the case against Deri started last October, but his lawyer managed to get the original judge disqualified for his relation to some of the witnesses of the prosecution.