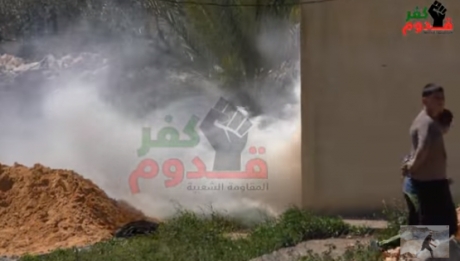 Israeli soldiers invaded, Friday, Kafr Qaddoum town, in the northern West Bank district of Qalqilia, and assaulted dozens of Palestinians, holding the weekly protest against the Annexation Wall and colonies.

Morad Eshteiwy, the coordinator of the Popular Committee in Kafr Qaddoum, said the protesters marched this week marking the fortieth anniversary of the Palestinian Land Day, and chanted for the liberation of Palestine and the release of all political prisoners.

Eshteiwy added that the soldiers, and army bulldozers, invaded the village from various directions, and fired dozens of gas bombs and concussion grenades, causing scores of residents to suffer the effects of tear gas inhalation.

Local youngsters responded by hurling stones and empty bottles on the soldiers.

Earlier on Friday, dozens of soldiers were deployed around the village, especially in areas overlooking the main street where the Palestinians march, in an attempt to stop them and prevent them from reaching the iron gate that blocks the village’s main entrance.

Also on Friday, the soldiers attacked the weekly protest in Bil’in village, near the central West Bank city of Ramallah, causing many injures, while gas bombs and concussion grenades led to fires in a number of orchards. 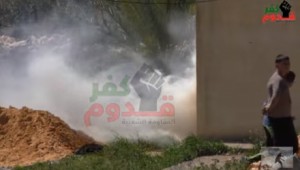 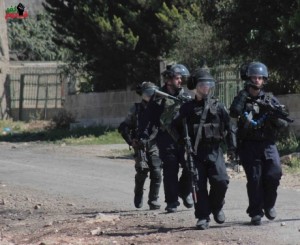