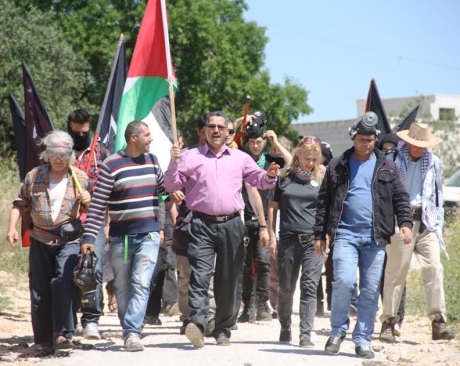 The Popular Committee against the Wall and Settlements in Bil’in, near the central West Bank city of Ramallah, has reported that Israeli soldiers assaulted, Friday, the weekly nonviolent protest in the village, causing dozens to suffer the effects of tear gas inhalation.

This week’s protest also marks the fortieth anniversary of the Palestinian Land Day (March 30), and was attended by dozens of locals, Israeli and international peace activists.

The protesters raised Palestinian flags and marched from the center of the village while chanting for national unity, the removal of all Israeli colonies, the release of all political prisoners and the liberation of Palestine.

The Committee said that the soldiers fired dozens of rubber-coated steel bullets, long-range gas bombs and concussion grenades as the protesters approached Palestinian orchards, and chased many of them in between the trees.

Dozens of protesters suffered severe effects of tear gas inhalation, and the soldiers also fired gas bombs on a number of homes.

Resident Ashraf al-Khatib said his children suffered the effects of tear gas inhalation while at home, due to the intensity of bombs fired into the village.

Medical sources also said that many Israeli and international peace activists received treatment for the effects of tear gas inhalation.

In addition, many olive and almond trees, and fava beans plants belonging to resident Mahmoud Abdul-Hadi Samara were burnt due to Israeli gas bombs and concussion grenades.

The Popular Committee said that, while the Palestinians mark the fortieth anniversary of Land Day, they consider every day to be Land day, to plant their farmlands and orchards, to remain steadfast in their own country, and continue the legitimate struggle for liberation and independence. 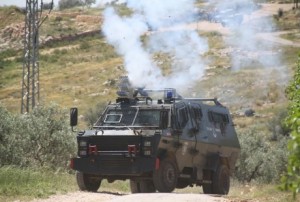 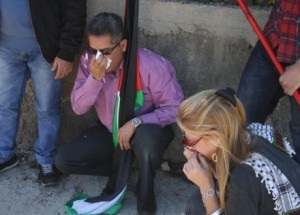 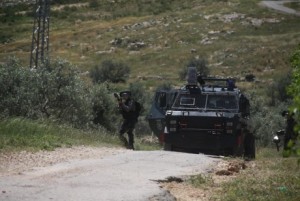