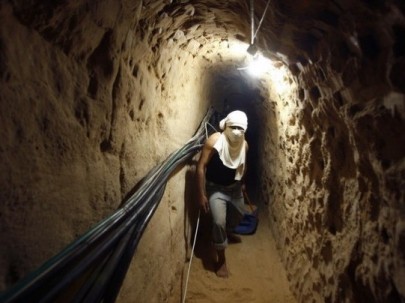 It was reported that civil defense teams managed to pull out the eight workers who were trapped under rubble after the tunnel collapsed while they were inside it.

Smuggling tunnels passing beneath the Egyptian border have served as a lifeline to the outside world for Gaza’s 1.8 million inhabitants, since Israel imposed a crippling siege on the coastal enclave in 2007.

The industry reached its peak around 2010, but has declined since 2013 as both Egyptian and Israeli armies bombarded and destroyed most of the tunnel networks.

To be noted, dozens of Palestinians who work in smuggling tunnels have been killed in recent months and years, due to similar incidents of collapse.