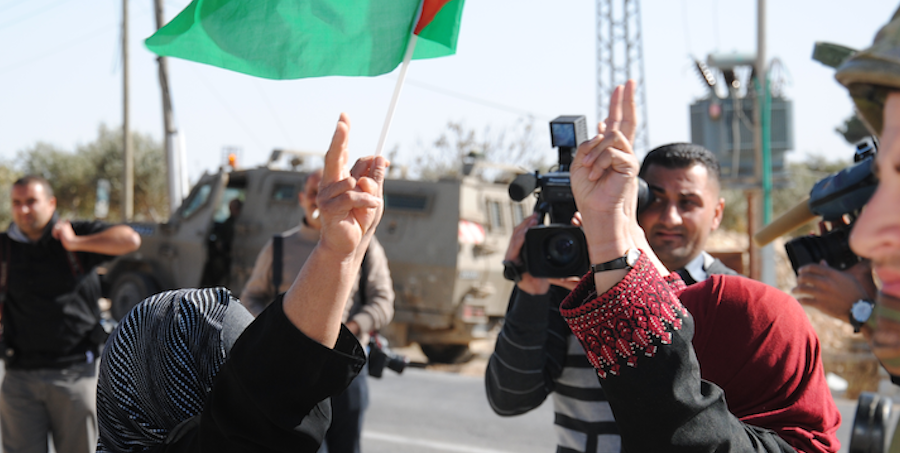 At noon today, an event organized by the Association of Women for Equality and Democracy (AWED) for international women’s day was slated to take place at the Saint George Hotel on Salah a-Din Street in East Jerusalem.

However, Israeli public security minister Gilad Erdan issued [Arabic] an order [Hebrew] to bar the event from happening. Israeli police raided the hotel just prior to the event starting and served AWED employees with a municipal order mandating the show’s cancellation.

The Chairwoman of AWED and the organizer of the event Zohour Abu Mihaela told Haaretz that the event was envisioned simply to provide disadvantaged women from East Jerusalem with a pleasant break from the daily grind of their lives.

Erdan, however, framed the event and his decision to forbid it as part of “a struggle for sovereignty in Jerusalem.” The event lacked proper permits, his office says, and was organized by the Palestinian Authority (PA) to undermine Israeli sovereign over East Jerusalem.

Mihaela maintains the event has no connection to the PA. “We are an association registered under Israeli law,” she added. “All of our activity is on behalf of women, especially the disadvantaged [women in the Old City and Jerusalem].”

Mihaela also expressed shock at the amount of police that showed up to shut down the event. “They came as if [this was an event for] war criminals.”

According to international law, East Jerusalem is Palestinian territory that is illegally occupied by Israel. Nevertheless, Israeli authorities have increased the construction of Israeli settlements in Jerusalem, at the same time as demolishing Palestinian homes  at a faster rate.