Palestinian Family Forced to Demolish its Own Home in Jerusalem 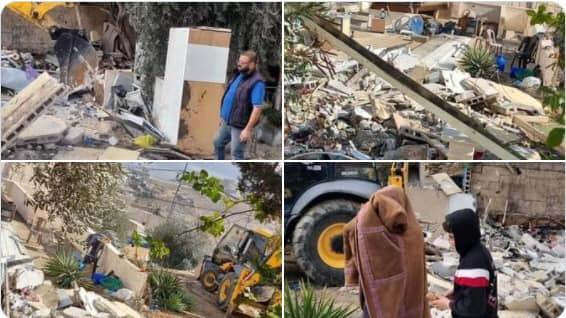 The Israeli municipality of West Jerusalem forced, on Tuesday, a Palestinian family to demolish its own home in occupied East Jerusalem, under the pretext of being built without a permit, the Palestinian News & Information Agency (WAFA) reported.

Located in Jabal al-Mokabber neightborhood in East Jerusalem, the home which was built twenty years ago and provides shelter for himself and four other family members, including children who are now homeless, according to the home-owner, Mohammed Ja’abees.

Ja’abees stated that he recently received a demolition order from the Israeli municipality, despite the fact that when he renovated the 60-square-meter house ten years ago he was fined 12,000 shekels at that time.

Today, Ja’abees destroyed his home with his own resources in order to avoid any further excessive fines imposed by the occupation Municipality if their crews carried out the demolition.

Article 17 of the United Nations Universal Declaration of Human Rights;