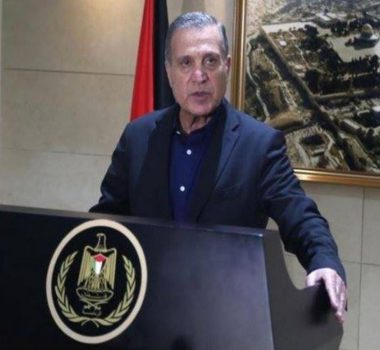 His statements came after Israeli Defense Minister, Avigdor Lieberman, announced approval for the building of 2,500 settlement housing units in the West Bank, next week, and another 1,400 to follow.

Abu Rodeina said the illegal Israeli policies, and the current U.S. Administration headed by Donald Trump, have officially killed any prospect for a two-state solution, and ended any American role or mediation in the efforts to achieve a peaceful solution.

He added that all Israeli colonies in occupied Palestine are illegal, and must be removed, adding that colonies violate all related international treaties and resolutions, and International Law.

“By deciding to build and expand its illegal colonies, Israel is sending a clear message to the world, especially the United Nations, the Security Council and the International Criminal Court, that it will foil and disrupt any effort for peace,” Abu Rodeina stated, “The International Community is required to act immediately, provided the Palestinians with the needed protection, and to officially recognize the state of Palestine, with East Jerusalem as its capital.”