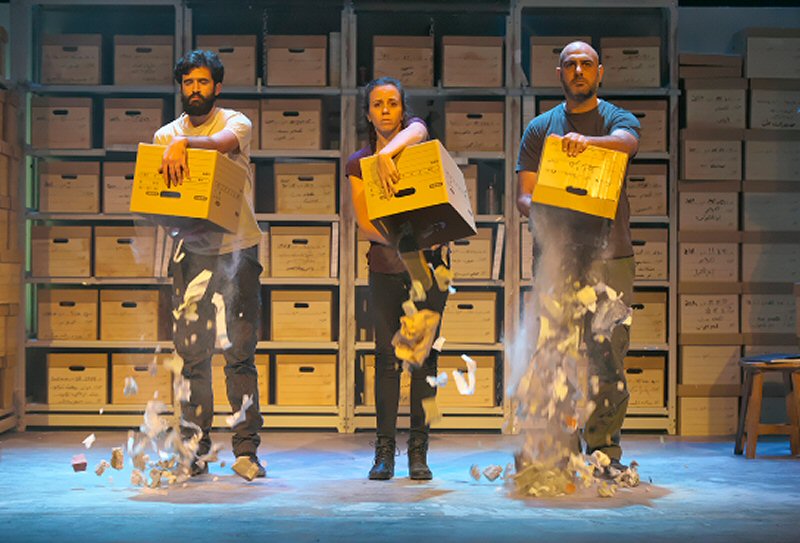 The Israeli national lottery accepted the play “Palestine Year Zero”, directed by Einat Weizman, to its program funding theatrical productions in Arab communities around the country but its director ordered its cancellation last month in what amounts to political censorship.

Palestine Year Zero confronts the issue of demolition of Palestinian homes by Israeli authorities. The play was performed at the Akko Festival in 2016, despite the attempt by Culture Minister Miri Regev to intervene in the decision to present her. Since its premiere at the festival, the piece has appeared in Israel and around the world.

In 2017, the Mifal Hapais Lottery Council for Culture and Art issued a call for theater groups and artists to submit proposals for Arabic-language performances to be hosted in Arab communities throughout the country with financing by Mifal Hapayis.

In March 2018, Mifal Hapayis announced that Palestine Year Zero had been accepted into the project and the play was slated for performance on December 13 2018 in the town of Kabul, located northeast of Haifa.

Starting in November 2018, following criticism by right-wing political figures, reports began to appear in the media attacking the production and the Mifal Hapayis decision to fund it. Media coverage noted a response from Mifal Hapais that it was examining the issue.

About a week before the performance, the artists gathered for a rehearsal. At the start of the rehearsal, during the course of a telephone conversation relating to the logistics of the production, they were informed by chance that the performance was canceled.

In the letter, Adalah notes that illegitimate political considerations led to the cancellation of the performance and stresses that the Mifal Hapais decision to block the performance went beyond the bounds of authority and is therefore illegal.

“There is no legal basis that authorizes Mifal Hapayis to cancel or intervene in a performance because of its content. The fact that Mifal Hapayis is financing the play’s production also does not authorize them to intervene,” Adalah wrote in the letter.

This intervention by Mifal Hapais severely violates both artistic freedom and freedom of expression. It prevents a wide audience from being exposed to art that reflects values and views not accepted by the majority. These violations, which are not anchored in any law, is unconstitutional.

Attorney Zaher commented: “The severe and illegal political intervention by Mifal Hapais harms both the performers and the residents of Kabul and violates the right to freedom of expression. Our demand to allow the production – with funding from Mifal Hapais – is also an expression of opposition to the repeated silencing of the Palestinian narrative. Mifal Hapais has no legal authority to cancel a show because of its content, especially after it was approved by an artistic committee that it appointed. This is unconstitutional.”