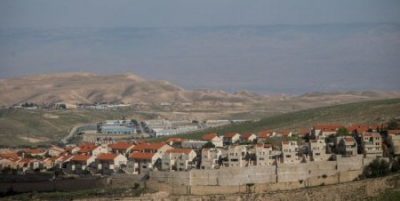 Adalah, the Legal Center for Arab Minority Rights in Israel, sent a letter to senior Israeli officials on 23rd of May, urging them to cancel open tenders offering Palestinian lands declared as state property in the West Bank, as Israel has no legal authority over the 1967 occupied territories.

“The Basic Law on Israel Lands determines that Israeli land is ‘land in Israel belonging to the state, a development authority, or to the Jewish National Fund.’ In other words: land within the territory of the State of Israel,” the letter reminded.

Adalah emphasized that this Israeli practice is a violation of the international law which determines that any long-term changes imposed upon occupied territories must be in the interests of the protected local civilian population.

International law also forbids the occupying power from exploiting occupied territories for its general use, it added.