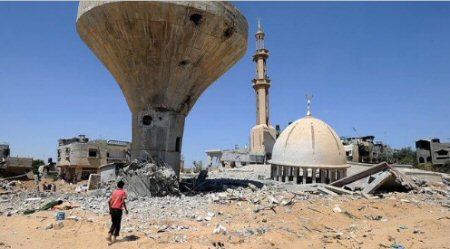 Adalah – The Legal Center for Arab Minority Rights in Israel has submitted a report on the lack of Israeli domestic accountability mechanisms to UN Independent Commission of Inquiry examining 2018 protests in the Gaza Strip.

The chief prosecutor of the International Criminal Court announced, late Wednesday, that significant progress has been made on the preliminary examination into Israeli military actions in the 2014 war and 2018 protests in the Gaza Strip. In a report just submitted to the United Nations Independent Commission of Inquiry on the 2018 Protests in the Occupied Palestinian Territory (COI), Adalah highlighted Israel’s inaction and persistent unwillingness to conduct genuine investigations into grave incidents of suspected war crimes against unarmed Palestinian civilians in both 2014 and 2018.

In its 25-page report filed on 21 November 2018, Adalah concludes that Israel’s persistent unwillingness to conduct genuine investigations or to initiate prosecutions relating to the 2014 Gaza war stresses the need for international intervention to provide remedies and accountability for Palestinian victims of the 2018 protests.

The report analyzes key recommendations and other findings made by three Israeli domestic bodies, the Turkel Commission (2013), the Ciechanover Team (2015), and the State Comptroller’s Office (2018). These bodies have consecutively reviewed and produced findings about the state’s investigatory mechanisms, and all of them identified multiple grave flaws within that system. Although the reports’ recommendations fell short of the requirements of international law, they nevertheless remain unimplemented by the Israeli government.

Adalah’s report follows an initial report to the COI concerning the legal work undertaken by Adalah and Al Mezan from 30 March until the end of May 2018. Adalah’s representatives subsequently met with the members of the commission and investigators to discuss Adalah’s findings and conclusions regarding the lack of Israeli domestic accountability mechanisms for Palestinians in Gaza.

Adalah’s report reviews Israel’s failed policies, practices and investigatory mechanisms in relation to the actions of its military in the 2014 war. According to official UN reports, Israeli troops killed 2,251 Palestinians, the vast majority of whom were civilians, including 299 women and 551 children, and destroyed 18,000 homes and other civilian property, including hospitals and vital infrastructure.

Adalah believes that information on the 2014 war is crucial to the COI in fulfilling its mandate relating to the 2018 protests “to make recommendations, in particular on accountability measures, all with a view to avoiding and ending impunity and ensuring legal accountability, including individual criminal and command responsibility, for such violations and abuses, and on protecting civilians against any further assaults.”

The lack of a sound and functional domestic investigatory system in Israel upholds the culture of impunity that permeates all echelons of Israel’s military and civilian apparatus that determines policy and conduct towards Gaza.

Adalah and Al Mezan Center for Human Rights filed complaints into 28 cases of suspected international humanitarian law violations – including war crimes – committed by the Israeli military in 2014. To date, only three investigations have been opened; of these, two have since been closed and one remains pending. Adalah received no response in five cases; 13 cases were closed without the opening of an investigation, and six are allegedly still under examination. All of these cases involve the killings of Palestinian civilians, including women and children, and extensive damage and destruction to civilian property and infrastructure. No indictments have been issued in any of the cases.

(photo: Palestinians search through the rubble of their destroyed homes hit by Israeli strikes in the northern Gaza Strip in August 2014. UN Photo/Shareef Sarhan)