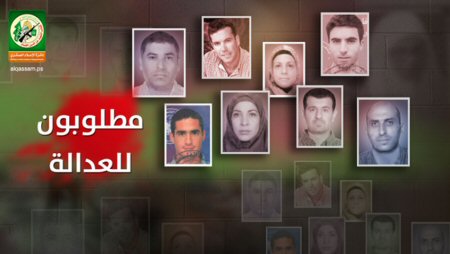 Motasem Ahmed Dalloul is a staff writer at the Middle East Monitor. He is a specialist in Middle East affairs.

The war between Hamas (which leads the Palestinian resistance) and Israel is now also being fought online. Israel’s recently failed attack on Gaza was an important victory for Hamas.

“Palestinians everywhere have provided very valuable and important information which serves the resistance regarding the consequences of the Operation Sword Edge,” Abu-Obeida, the spokesman of the Al Qassam Brigades – the military wing of the Palestinian resistance movement Hamas – said on last week.

He refers to the failed Israeli attempt to carry out a secret operation against the Palestinian resistance somewhere in the Gaza Strip on November 11.

This announcement by Abu-Obeida came one week after pictures were published of the members of the secret Israeli commando unit, which was involved in the failed operation in Gaza, including pictures of the Palestinian collaborators who helped them.

“We ask you to avoid circulating the pictures and any notable information on social media, including WhatsApp or any other medium. You must act responsibly,” the statement said.

Following this statement, the Israeli TV Channel 14 deleted reports and news stories from its website, however, it included only blurred pictures.

The Israeli TV Channel 13 did not report or publish the pictures because, it said, this might harm the people involved in the failed operation and might harm the national security of Israel.

Alon Ben-David, the military correspondent and analyst at the Israeli TV Channel 10, said, “Publishing the pictures of the people involved in the operation by Hamas causes a strategic harm to Israel, not only in Gaza, but across the Middle East. This is a very dangerous issue … and the Israelis have to know that if they republished them, they would serve Hamas.”

Meanwhile, the Israeli news website 0404 said that Hamas’ military wing had moved the battle with the Israeli forces to the psychological field. Maybe the danger of publishing the pictures would hurt the corporeal spirit for the Israeli soldiers, who are tasked to carry out daily secret operations in Gaza.

Barak Ravid, the diplomatic correspondent for the leading Israeli newspaper Haaretz, reported the Israeli Housing Minister Yoav Galant saying that the Israeli army carries out almost daily operations in Gaza similar to the failed one.

Galant is a former commander of the Southern Command of the Israeli occupation forces. The Israeli TV Channel 2 said, “Thirteen years after the Israeli withdrawal from Gaza, the secret Israeli security operations have not stopped.”

Israeli military and security experts described the success of exposing information about members of one of the most secretive Israeli military units as a “big achievement.”

Israeli Channel 10 Arab Affairs Analyst Tsvika Yehezkeli said, “Publishing the pictures of the [Israeli] cell is considered an important achievement for Hamas thanks to its smart technological abilities. It was a shocking work mainly as Hamas claims it also has the names and it might publish them in the future.”

Ronen Bergman, the Israeli investigative journalist and author who is a senior political and military analyst for the Israeli newspaper Yedioth Ahronoth, said the military censor failed due to shock and lack of expertise in this field.

“The measures of the Israeli Military Censor gave Hamas an important victory in this memory battle related to the disaster that took place in Gaza,” he said, “but the Military Censor does not recognise this.”

This came as a shock because as Israeli military reporters and analysts and former Israeli commanders told Israeli TV Channel 2, the Israeli forces tasked to carry out such operations are trained to succeed 100 percent.

They stressed, according to Channel 2, that “Israel received a hurting slap in this operation as the Israeli forces were uncovered and one of the Israeli commanders was killed.”

Specialist in Israeli Affairs, Dr Saleh al Naami, said, “The Palestinian resistance inflicted a harmful attack on the Israeli military and intelligence efforts … This means that such Israeli units, which carry out secret operations in other countries will be dangerous as it could be revealed like what happened in Gaza.”

Naami added, “Israel has been looking for an answer for the question, which is worth a billion dollars: Where and how did Al Qassam Brigades get some of these pictures, which are considered part of the most confidential information about the most secret units of the Israeli Army?”

The military correspondent of the Israeli Radio Iyal Alima said, “Hamas has been achieving continuous military intelligence and information superiority over Israel throughout this operation.”

Disclaimer: The views expressed in this article are the author’s own and do not necessarily reflect those of the affiliate.

Opinion/Analysis 11/27/18 The EU and Jerusalem: The Potential for Pushback