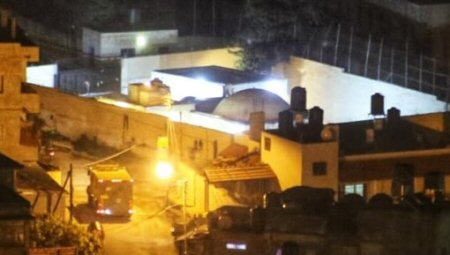 Dozens of Palestinian youth suffered from tear-gas inhalation, predawn Monday, during violent confrontations which broke out after hundreds of Israeli settlers stormed Joseph’s Tomb, in the northern occupied West Bank city of Nablus.

Joseph’s Tomb is revered by Jews, Muslims, Christians, and Samaritans alike. The Israeli military allows Jews to visit as part of organized pilgrimages, despite the site being located in Area A where the PA has full control, and prohibits Muslims from worshiping at the site.

12/11/18 Israeli Colonists Attack A Home, Many Cars, Near Nablus